"Making Do" When Parts Aren't Available

I've done this many, many times in the Electronics and the Mechanical field, and you do it for a variety of reasons.

Sometimes you do it with what parts you have on hand and it qualifies as an "Upgrade", like when you increase the voltage rating of a capacitor because that particular capacitor  was the only one you had to work with.

Or you have to make a gasket from a heavy brown paper bag (or two) when you're miles from nowhere.

Or sometimes it's for economic reasons. Years ago (late 1970's), we had a customer bring us his Ferrari to see if we could do something about his wheel bearings. The dealer in Chicago quoted him $1500, and he felt he was being taken. We pulled it apart, cleaned the bearings, and took them down to the local Big Industrial Bearing Company, and walked out the door with new bearings and seals for about 75 bucks. Same bearing, different box. Printing a little prancing horse on the box makes even commodity parts skyrocket.

Examples abound, and I'm sure you've done it yourself.

One of the problems with trying to preserve/restore a 33 year old Japanese car is that some parts are NLA, No Longer Available. I just put in a $300 parts order to a place I use regularly, and the entire order was canceled, as every single item on it came back from the Toyota Mothership as "Discontinued, No Warehouse Stock Available". Just last year I put in several orders that size, or larger, and only a few items bounced. Looks like the well is finally running dry on OEM parts.

Anyway....there are a few vendors around who cranked up production on some reproduction "soft trim" items like gaskets for the glass, fender flare welting, and the 1985/86 spoiler gasket.

Since I'm in the "get the car spruced up" mode, one of the things on the list is to get the rear spoiler/sunshade installed again. The OEM gasket had degraded so severely that it was gone in places, and rock hard where it still was. Between that, having "30 year old torque" on all the fasteners, and the desert dust where this car lived, the spoiler has chewed into the paint pretty badly in places. I got that touched up, and after I scrub the rear spoiler, it goes back on.

You can see here how the OEM gasket has shrunk and puckered up. It also crumbled away easily on the sunlit side! 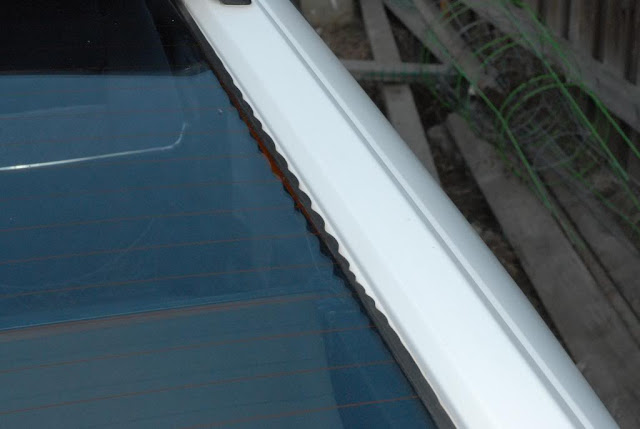 As far as the gasket goes, well, I have a very good quality reproduction kit, BUT...they're no longer available, and they were like $120 when they were. Since I'm in "preservation mode" with the car, I really didn't want to burn my gasket kit, so I improvised. I made some measurements of the thickness of the spoiler, and how far the OEM gasket wrapped around from the bits of it still stuck on. I found some 1/16" neoprene U-Channel, and it looks like it's going to work just fine. 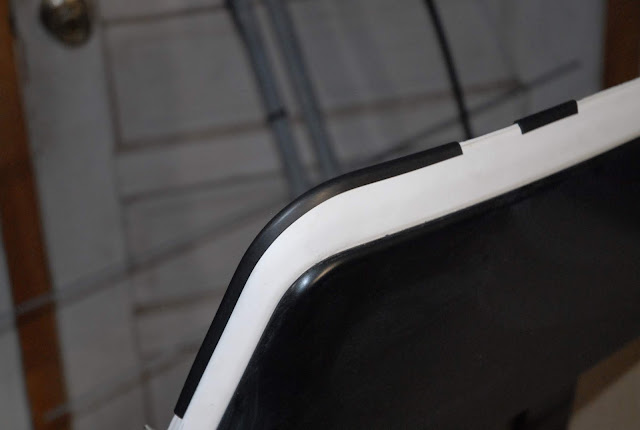 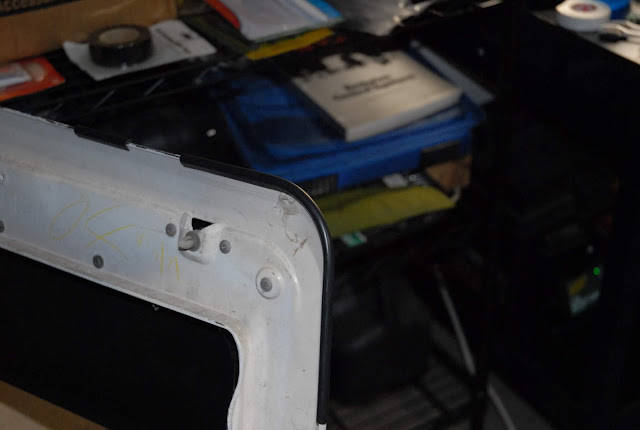 It even goes around the curves easily, which was my main concern.