So my posting will be lighter than usual.
So far, I've worked China, the Philippines, Australia, New Zeland, South Africa, The Galapagos Islands, Finland, Norway, a whole bunch of Russians, and a handful of countries I've barely heard of.
This contest, the CQ Magazine World-Wide DX Contest, is about the biggest one of the year, so all these little countries show up, and we all try to contact each other.
It's about 8PM now, and the propagation on the higher bands has faded, so I'll call it a night, and watch a movie with the YF.

Barbara "Call Me SENATOR" Boxer... Time To Get Her OUT!

Got this from a friend in an email and thought I'd share it. Kinda gets right to the heart of the elitism, doesn't it?
REMEMBER....We're at "T-7 (days)" and counting!
THROW THE BUMS OUT!!!!

Call Me Senator from RightChange on Vimeo.

'I have always wanted to have my family history traced, but I can't afford
to spend a lot of money to do it. Any suggestions?'

'Register as a Republican, and run for public office.'

There's an interesting article in today's Long Beach Press Telegram with the title I so shamelessly borrowed. They gave my favorite for our 37th District Representative, Star Parker, some good press that she deserves.
Read the article, it's short, but interesting.
I haven't looked for their stand on Barbara "Call Me Senator" Boxer, but I'm voting for Carly Fiorina. Boxer has been in office way too long, and has lost touch with the people of California.
Posted by drjim at 12:42 PM No comments:

"Sam I Am" Goes To Washington

Taking Out The Trash

T-minus 18 days and counting.
Read your sample ballots and understand the issues. We MUST start taking back our country.
REMEMBER IN NOVEMBER!
Posted by drjim at 10:28 AM 3 comments: 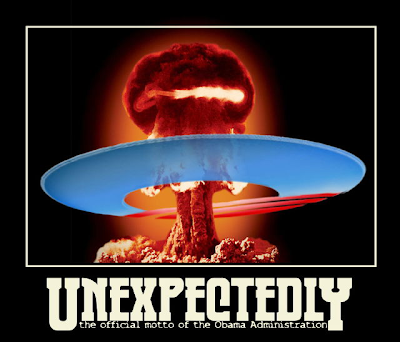 I've been seeing this quote from Yates quite a bit lately, and I think it pretty much sums up what's happening to this current "administration" in the White House.
I'll bet even that name, "White House", galls HRH Obama to no end.
Anywhoo, this is a link to a rather good read over at American Digest, provided by our friends over at the Western Rifle Shooters Association.
Go read it; it's great stuff!
Posted by drjim at 5:07 PM No comments:

From a friend of mine.
If you google "jack webb and obama" you'll find a TON of these, all different, but all true!

Last week at this time it was 113* here with 50% humidity, and the dogs were just klunked-out all day.
Today it's 64* and raining. The dogs have been chasing each other all over the house, obviously enjoying the cool weather.
Posted by drjim at 5:09 PM 4 comments:

We can start to take our country back. That is, as long as you've REGISTERED, and actually get your rear out to the polls and VOTE!
Please read all the information you get sent in the mail, and try to research what your local issues and measures mean, and the background on your local candidates. In my case, I've been supporting Star Parker in her bid to unseat Laura Richardson in California's 37th Congressional District, and reading the thick "Voter Guide" sent out in the mail.
Remember, your local elections can have an immediate impact on your neighborhood, and in my opinion, that's just as important as getting things turned around on the Federal level.
So read up, and REMEMBER IN NOVEMBER!
Posted by drjim at 12:57 PM 2 comments: