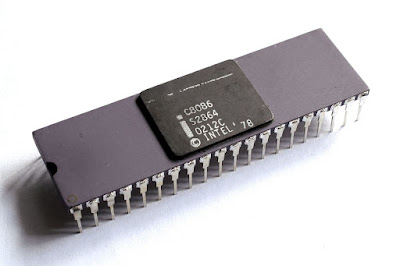 YOW.....I remember when these things were cutting edge. My first real, hands-on exposure to "Programmable Stuff" was when I was working as an Industrial Controls Engineer for McGraw-Edison Company. We had built several systems using a Texas Instruments 5TI Programmable Logic Controller to take inputs and produce outputs using "Ladder Diagram" logic.

After that, we started using the newest, latest, greatest thing; a fully programmable, uProcessor-controlled, industrial-rated, controller made by Sylvania, and programmed using "SYBIL", or the SYlvania Basic Industrial Language, customized version of BASIC running on an 8086. The required development system consisted of a NorthStar Horizon S-100 bus computer, dumb terminal, and a serial PROM programmer. I later built a Heathkit dot matrix printer so we could have hard-copy to play with.


Really good article over at Extreme Tech.
Posted by drjim at 1:53 PM