Well, I'm shutting down for the night. I didn't get as much done as I had hoped for, but then that's nothing new for me....

I followed the TSM, and dropped the outer flange for the half-shaft, and as soon as the shock was loose at the top, I lowered the jack, and the spring about fell out. 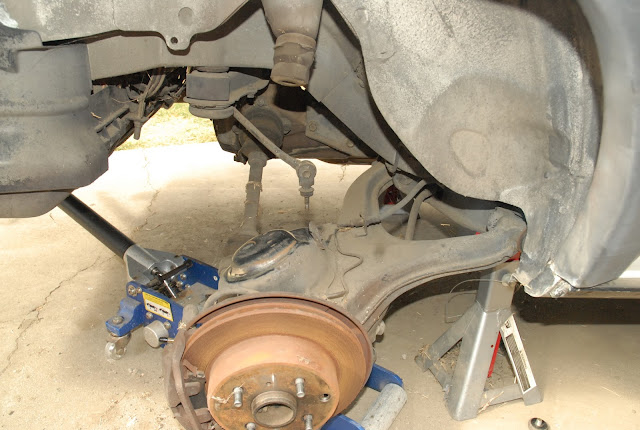 The upper isolator/cushion was in pretty good shape for being 30+ years old. 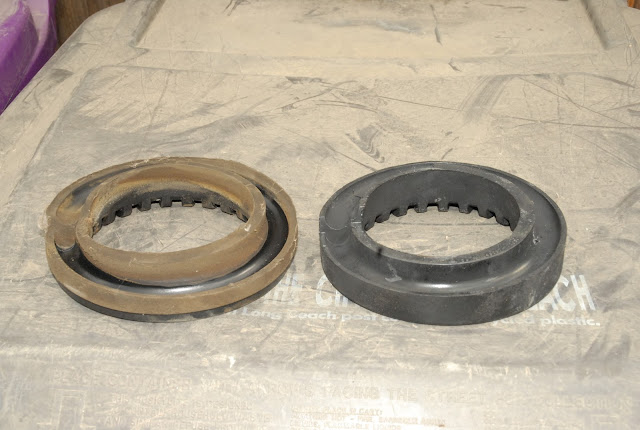 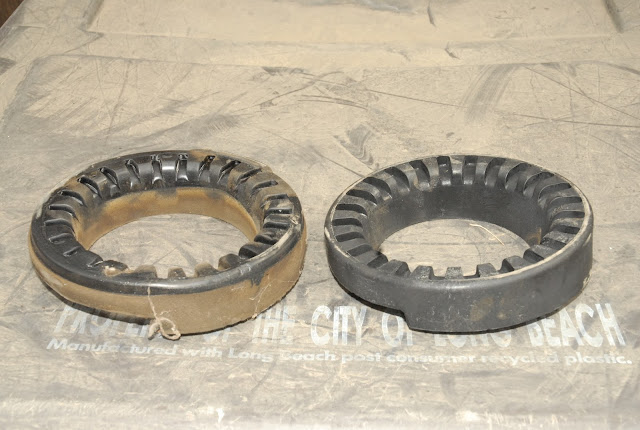 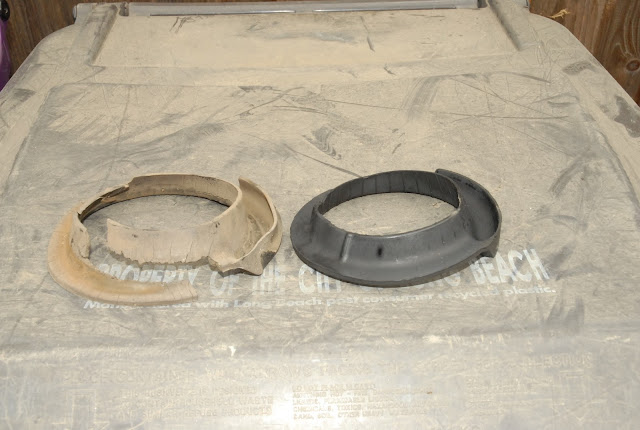 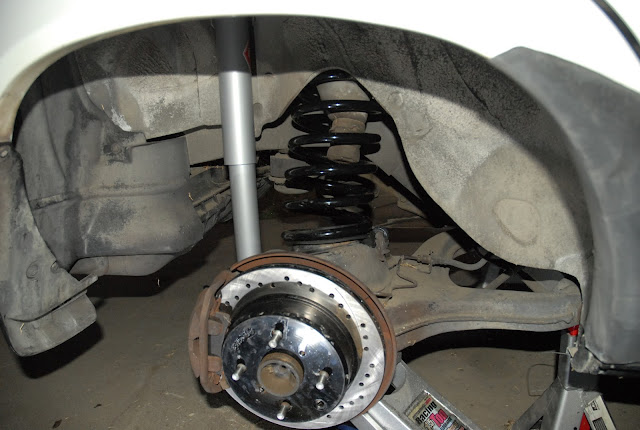 I also replaced the top bushings for the sway bar end links. They were really shot, and you could rattle them around a good 1/4"!

Some info on the new and old springs for those that keep track of this stuff.

Bigger wire, and a shorter OAL equals a stiffer spring, so even though it's specified to drop the car about .75", the rate should be higher. I know from my "bounce test" the other night that the front seems a lot stiffer, but I won't know for a day or two until I drive the car. 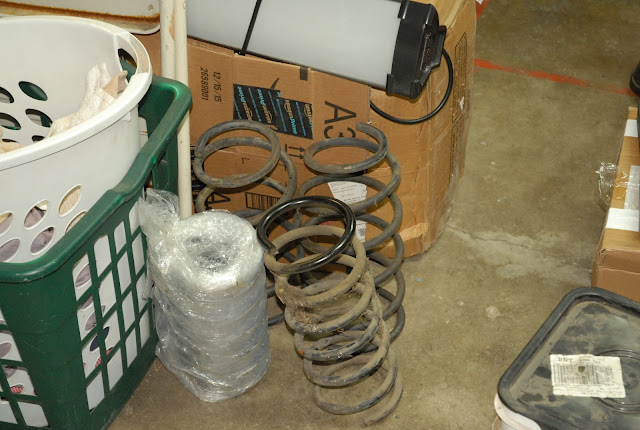 At this point all I have left to do is a preliminary bleeding of the brake caliper using the MityVac, and recheck everything to make sure all the hardware I touched is torqued properly. I'm playing hookey again from the Iowa on Wednesday (sorry, guys...) so I can get the left rear knocked out. As with the front, now that I've done it one time, the next time will be easier.