Grooooan......my back and shoulders are going to hate me tomorrow, I just know....

So we spent about two hours last night limbing and cutting the smaller stuff up, as there was a thicket of it before I could even get within a couple of feet of the big stuff.

This is what it looked like after the storm: 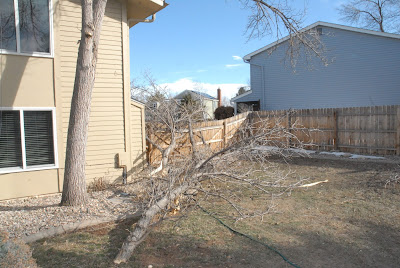 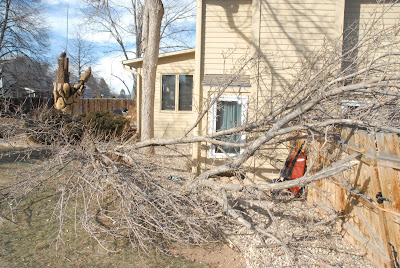 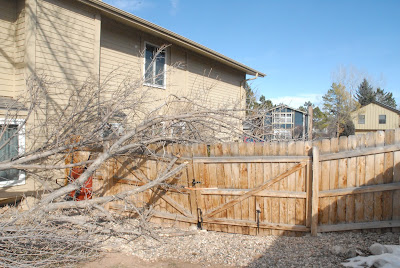 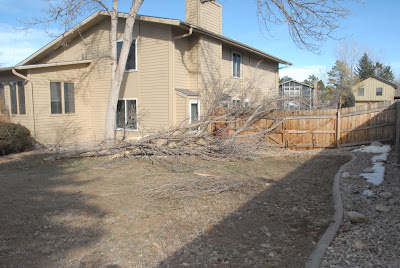 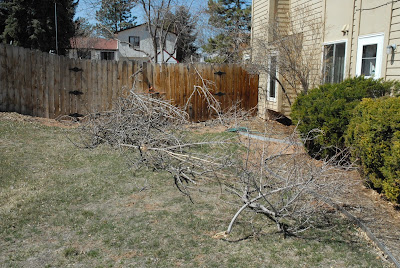 And a growing pile of small stuff to be cleared away later: 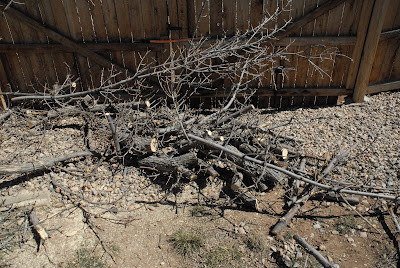 And much better access to the main limbs so I could clear them of branches before doing the "logging ops": 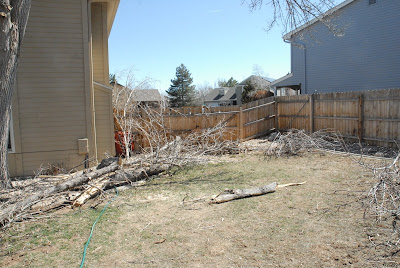 The picture above is from this afternoon when I started again. The wife was doing KP, and I was on Bathroom Duty in the morning, so I didn't get started until after 1600. I was eighty degrees here today, with not a cloud in the sky, so by 1600 the backyard is shaded, and I could do this without cooking.

After about 90 minutes of work, with about 45 minutes being actual run-time on the saw, the batteries were down to one bar, and I noticed the oil tank was getting low, so I packed it in for a while. So it looks like two sets of batteries is when it needs oil, and when I pulled the drive sprocket cover it had quite an accumulation of oil-soaked wood dust and chips in it, so I'll pull the cover and clean it out every battery swap.

But it's getting cleaned up, and the Tree Guy should be able to get his bucket truck in here next week. 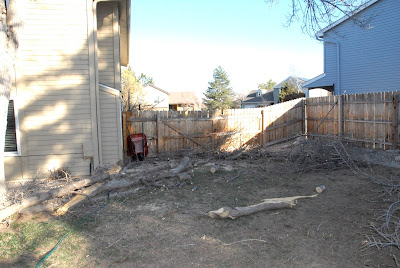 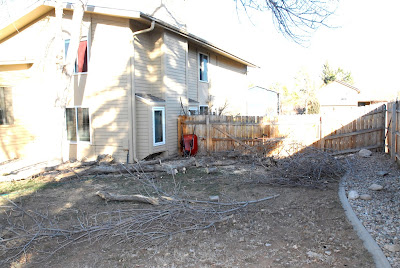 Sorry for the crummy pix, but I used the built-in flash, which doesn't cut it for backyard pix! I had to punch these up a bit with the GIMP, and my GIMP-foo isn't what it used to be.

We're going to have some nice firewood out of this: 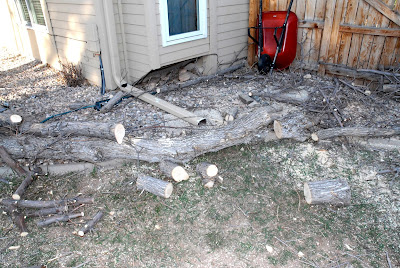 And the saw works great! This sucker is just about 9" thick, and I easily got through it in maybe 25~30 seconds, with no strain on the saw: 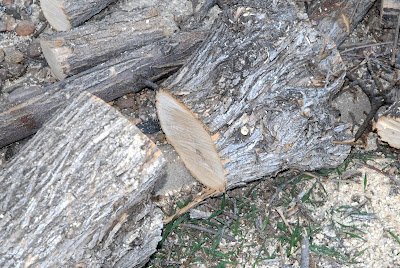