This is right from "The Books". It's a simple quarter-wave, ground-plane vertical antenna. Nothing magic, and all it costs is a connector, adapter if you need it, and some 12~14 ga wire.

I started with a female, chassis-mount, Type-N connector, and five pieces of 14ga wire, each 3" long. 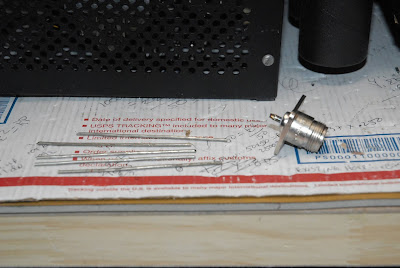 After I cleaned the wire, I soldered one of the pieces into the center conductor of the connector for my "Driven Element". 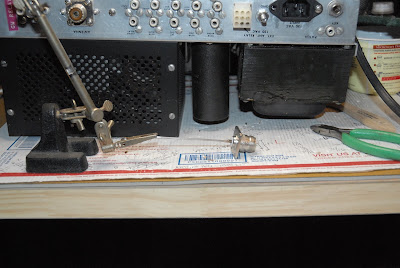 Then I tinned one end of the other four pieces of wire, tinned the corners of the connector, and soldered my ground radials to the connector. 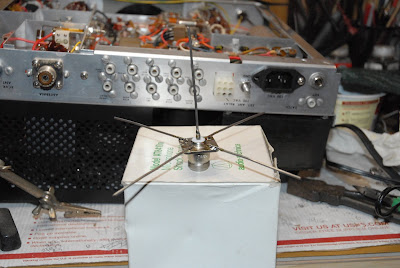 Using a handy reference, I then bent the grounds radials down to a 45* angle. 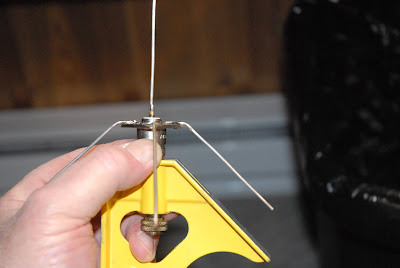 Now all I have to do is trim the lengths. 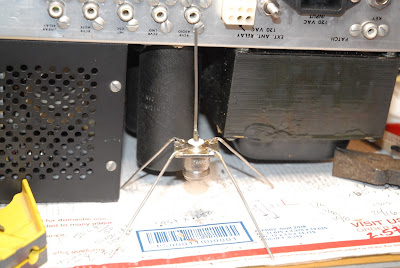 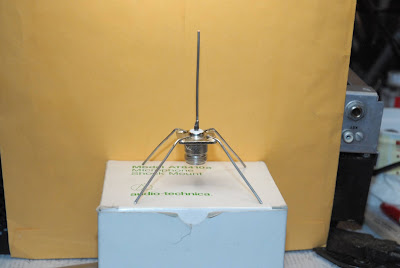 Since the receiver has an SMA type connector, I needed an adapter to screw the antenna onto the radio.... 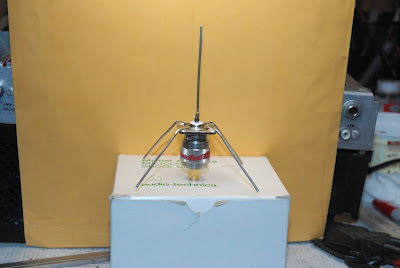 And here it is, installed on the radio. As a bonus, it's easier to hang on the blinds! 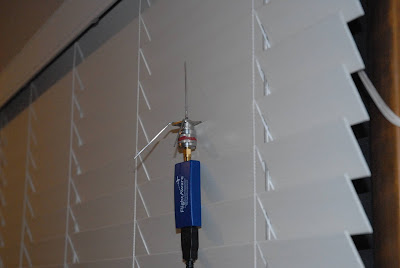 So how does it work? I'm still having some issues getting the data from the dump1090 program to properly display on the map, but from looking at the data output in a terminal window, it shows LOTS more traffic than the Diamond SRH77CA dual-band VHF/UHF "Receives Through 900MHz" antenna I was using. 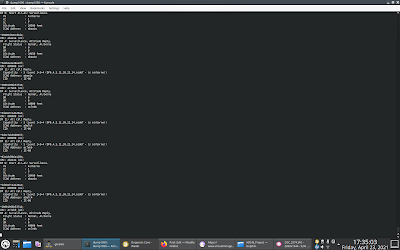 Now to figure out why in blazes the data won't display on the map......