So this afternoon I cleaned a winter's worth of stuff from around my poor old Supra, and backed her outside. 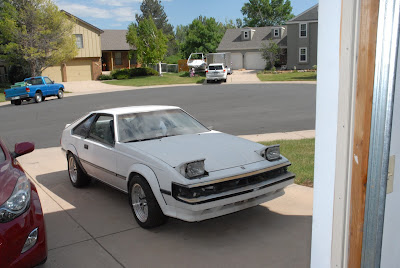 Then I took stock of what had to be done with the shelves, and set to it. 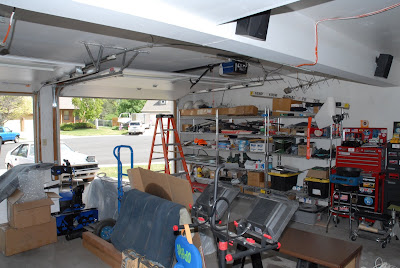 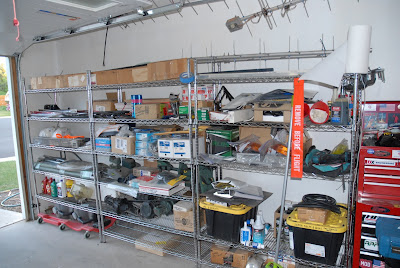 Doesn't look like four hours worth of work was accomplished, but since half of the stuff on the shelves was just tossed up there to get it off the floor when I built the shelves, there was a lot of sorting going on as I emptied the shelves.

All the antenna/radio stuff is now on specific shelves, all the car parts have been sorted and shelved according to what they are, several boxes of stuff that should have been in the basement are now down there, numerous boxes were consolidated with the empties flattened and tossed, and (once again!) I found a bunch of stuff that was MIA.

Tomorrow I'm going to Gunk the engine again, and give her a bath and pressure wash of the engine bay. 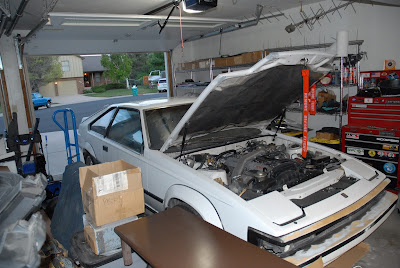