Fun with my "FUNCube" Dongle

Although I haven't had any success at all trying to receive telemetry from the new AO-73 satellite launched last week, I did manage to hear some activity on AO-7.

My setup is far from ideal, as I'm using my Comet GP-3 vertical antenna, with no preamp.

Here's a screenshot of the FUNCube dongle running under SDR#, and you can see the activity in the waterfall, towards the bottom of the display.: 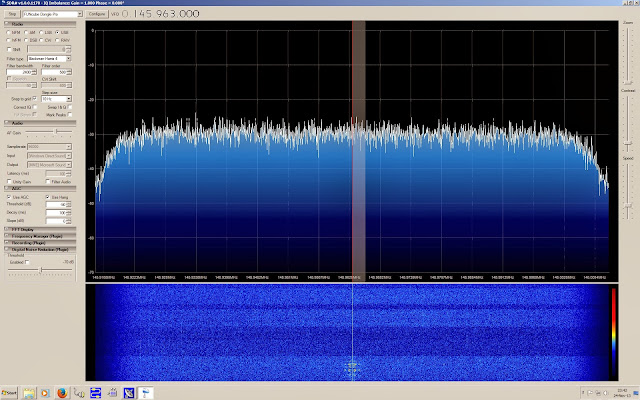 **UPDATE**
After looking at this, and doing the post, I realized that "signal" couldn't possibly be traffic on the AO-7 transponder.

NO DOPPLER!  I'm used to my radio being controlled by SatPC32, which automagically tunes the radio to compensate for Doppler Shift in the received signal. Since this little receiver is NOT getting any tuning correction, a real signal would have a display showing a line starting at the right side of the waterfall, drifting down to the left side as the Doppler Shift affected it.

Straight Line = NO Doppler, meaning this signal was terrestrial in nature.

And here's another screenshot showing approximately where the satellite was as displayed by SatPC32, in the upper left: 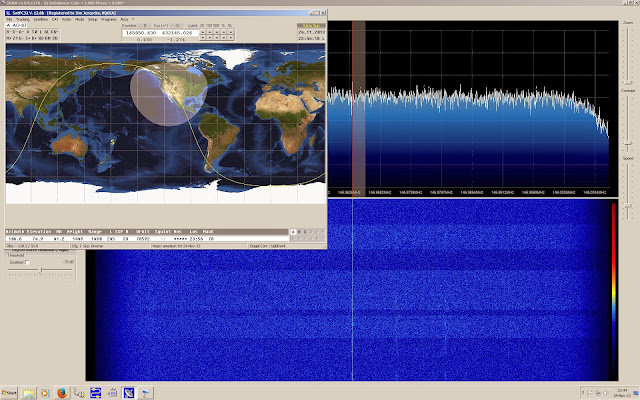 Since I have an "unused" M2 2 Meter "eggbeater" antenna out in the garage, and a receive-only 2 Meter preamp, I might just drag it out over the Thanksgiving holiday and stick it up on the "portable" tower I ginned up for Field Day.

I really need to set up a more permanent satellite station here at the house, but the snag with that is running the cables from where the tower sits in the driveway to the house. I need two runs of coax for 2 Meter and 70 centimeter antennas, two rotor cables for the Azimuth and Elevation rotors, and two runs of power cables for the preamps mounted on the antennas. I suppose I could run a single cable out of the house for the preamps, and split it once it gets to the tower, but the major hassle with this is figuring out a way to either run all the cables along the ground (maybe in a PVC pipe?), or else gin up a cable tray arrangement to keep them well above head level until they get close to the house, and then drop them down.

Or perhaps I could get a couple of section of the stuff we use at work when we have to lay cables in areas where people have to walk. 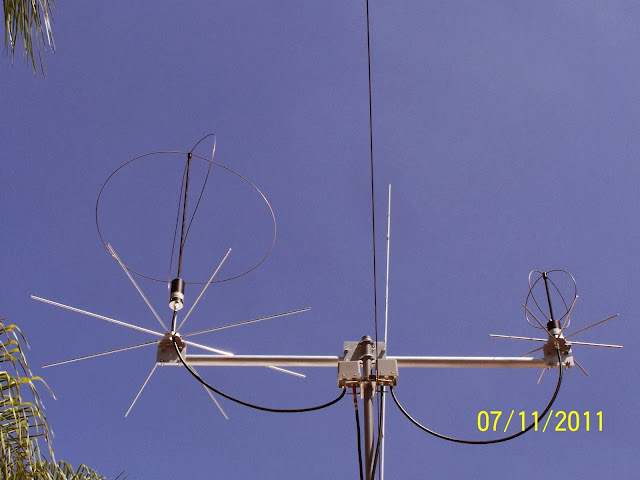