Wife can't figure out how to email phone pix to me, which means they get sent as text attachments.

Which means I have to download them from my phone to this PC, which takes a bit due to my having to use a program to access my phone from this Linux PC.

This is one of the first ones we have, shortly after birth. 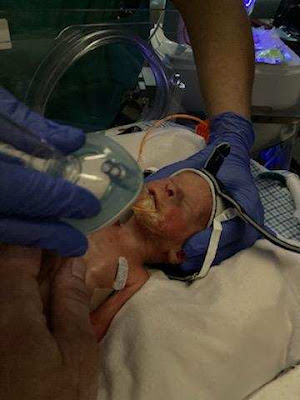 Cleaned up and getting checked out. 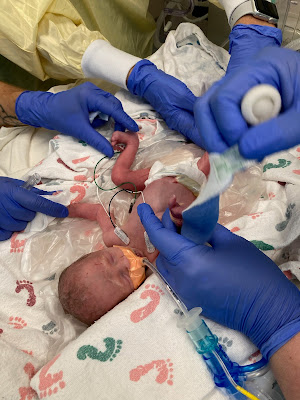 The breathing tube was removed after about 36 hours, as he was breathing fine on his own. It was replaced with a headgear/nose mask in the following pix to supply him with extra O2.

And here he is with his Mom. 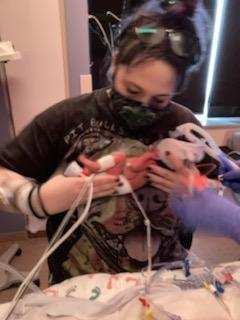 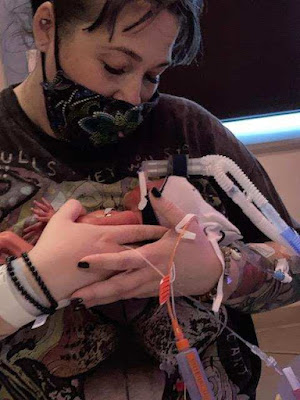 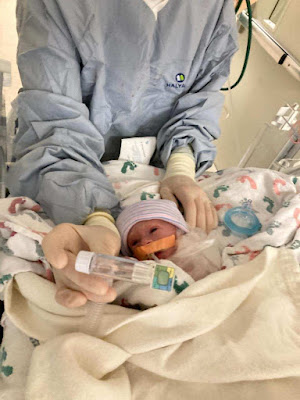 I had thought that they'd keep him in the Natal ICU until his due date, like they had to with his brother, but The Kids informed me it's based on "scores" much more than time, so if he does well, he'll be released early. Time off for good behavior, I guess.

So his Mom went home today, and TLG was happy to see her, but wondered where his brother was. He's actually taking it in quite good stride, and I know he'll be an excellent Bog Brother!