Fun With Cardboard, Reynolds Wrap, and Packing Tape, and an EDC Question

So The Little Guy and I built a house in the garage: 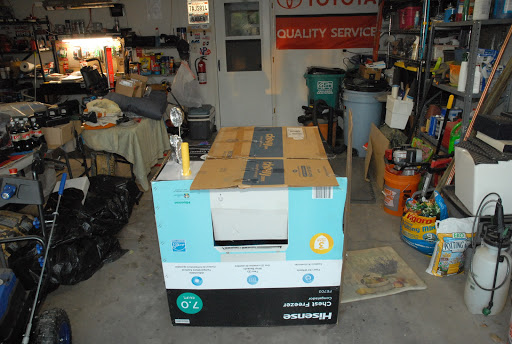 His Mom and Dad have the same chest freezer we bought, and they built a "house" for him to play in with it. I had cut-up the box ours came in to make it easier to store, and while we were out in the garage the other day playing with the bubble machine, he spotted the box and said he wanted to play "In My House". I thought he wanted to go play IN the house, but after realizing what we wanted, I grabbed my trusty packing tape gun, some extra cardboard from the "Chewy" boxes we have, and we proceeded to put his house together.

It's a nice little house, with a window: 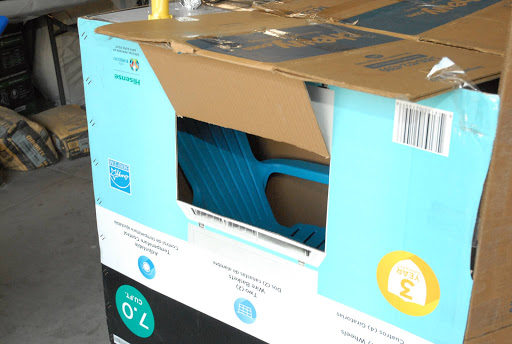 And a comfy chair: 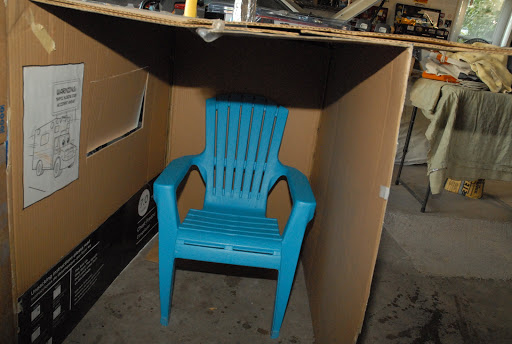 And even a wall-mount TV so he can watch "Paw Patrol": 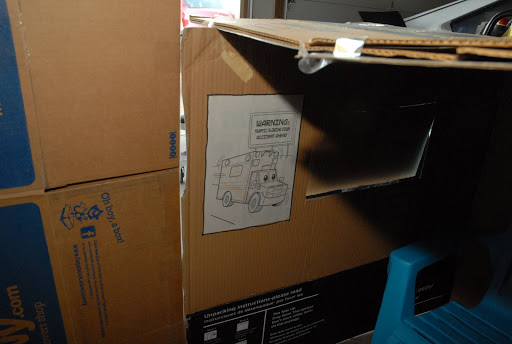 And up on the roof, we have a Satellite, and a chimney for his pellet stove! 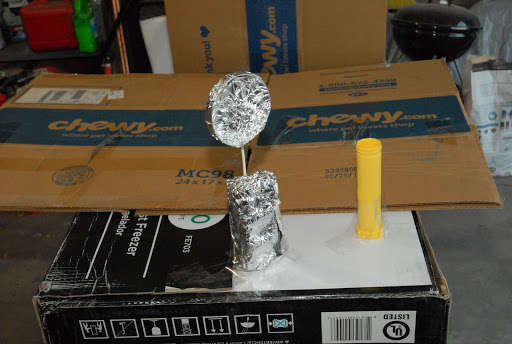 When he said he wanted a "Satellite!" on the roof, I think he meant a satellite dish for getting his "Paw Patrol" fix on his TV, but he said "satellite", so I made him one.

If you squint your eyes a bit, and put on some blue lenses, it kinda-sorta resembles a Hughes HS-376:

Anyway, we had fun building his new house here, and I suspect he'll want some "improvements" in the near future.......

All my training has been with a 1911 pistol. I can run it in the dark, and keep it running, and just about do a field-strip and clean in a black bag, and get it back together with no left over parts. I can smoothly transition from/to pistol, rifle, or shotgun, and prior to that tragic boating accident some time ago, I had two full-size Kimbers, a TLE-II, and a Custom Shop Eclipse. Also had a Sig P-226 in 40S&W, and the barrel to convert it to 357SIG. The magazines are the same.

BUT, a full-size 1911 is a bit hard to CC on me, unless I'm out camping or "off roading", so something "smaller" is desired.

Browning makes a sweet little "1911" in 380, and I'm sorely tempted, but I'd prefer something with a bit more muzzle energy.

I've never fired a "Compact" 1911, or even a "Colt Commander" sized one, so I'm hesitant to just jump on one of those.