The people at Colorado Bullhide called last night informing me they had a cancellation, and asked if I would be interested in bringing the truck in today to have the bedliner and tonneau installed.
YOU BETCHA'!
So I dragged myself out of the rack this morning at 0630, jumped in the shower, got dressed, and headed down to Windsor. I got there about 5 minutes after they opened at 0800, talked with the owner Dan a bit, and then they pulled the truck in the shop and got to work on it.
I was back on the road and headed home at 1230, pretty good service! I'd been corresponding with Dan over the last week with questions about it, and was satisfied that they knew what they were doing. He confirmed what I'd read on several pick-up truck forums, that the materials used were all very good, and the surface preparation is the most important thing, just like doing bodywork.
The three big suppliers are Rhino, Line-X, and Bullhide. Rhino and Bullhide are a bit softer than Line-X, and are easier to crawl around on without leaving scraped off skin on the liner, and also easier on your knees when you're in the cargo bed. Line-X has the reputation for holding up slightly better if you regularly haul thing like gravel, bricks, and concrete blocks, but it's a small difference. He also had samples of the various products, removed from junked trucks where he knew what materials were used. One interesting thing were the several sections of OEM (factory applied) bedliner. If you held the stuff up to the light, you could see pinholes and voids in it, indicating it hadn't been sprayed on very thick, resulting in it not being as durable as an aftermarket applied coating.
Here you can see the thickness: 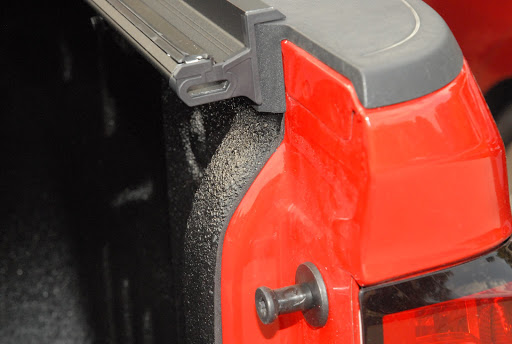 They removed the access panel in the tailgate, sprayed it separately, and reinstalled it: 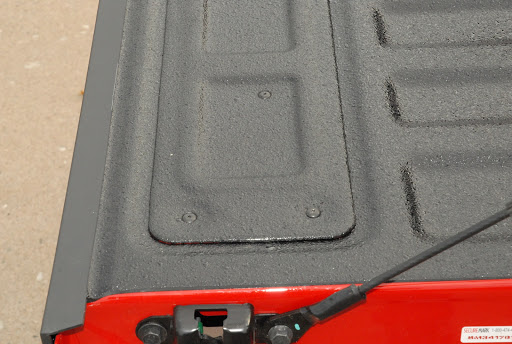 Sure is dark in there! 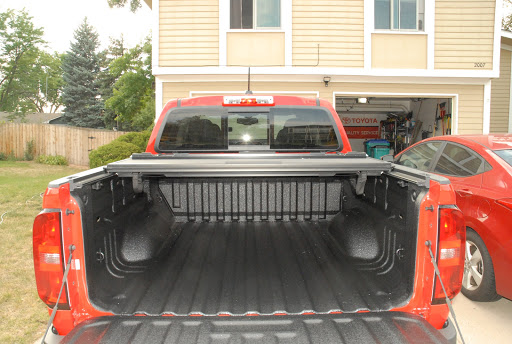 Even though it's cured enough to use, I'll wait until tomorrow to install these "Bullring" cargo tie downs: 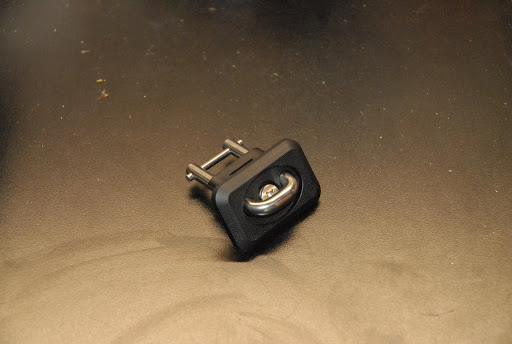 The above picture shows them in the "stowed" position. When you need to secure something, the U-shaped ring pulls out and snaps into position: 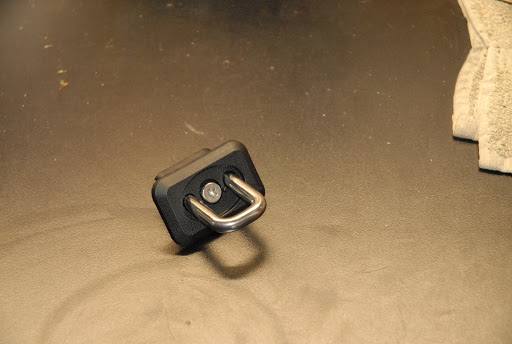 Ant the tonneau cover is really nice. Very solid, and easy to latch/unlatch, and fold the sections up. 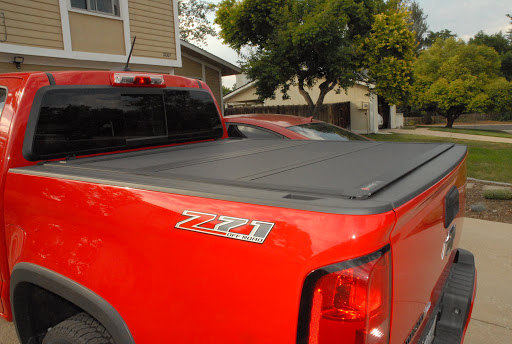 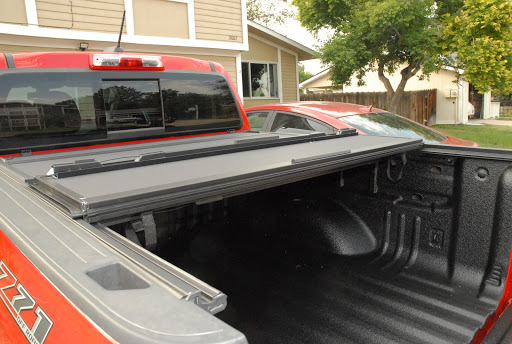 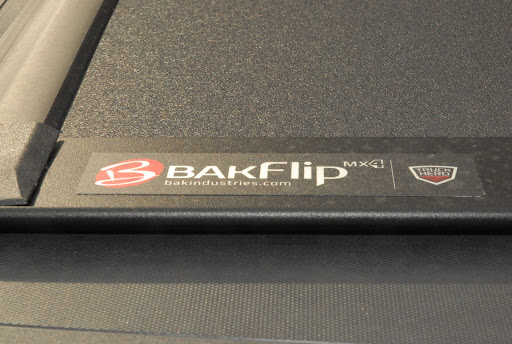 These are the two new LED light fixtures I installed. The "four tube" one is 6000 Lumens, and really lights up the engine compartment, and the "two tube" fixture over the bench provides extra fill-in light. 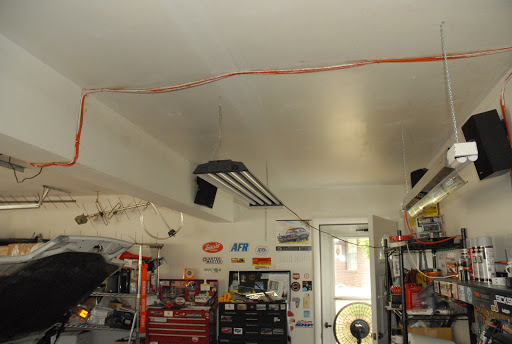 The orange extension cords run to the garage door openers, and no, I did not install them! The black hanging cord on the four-tube fixture *is* my responsibility, and I'll be extending it a few feet so it can be dressed-in properly and reach the new switch boxes I built a couple of weeks ago.
Later tonight I'll take some pix of the tires from the Jeep, and that %$^#^(! "Snow-Joe" electric snow blower so I can get them on nextdoor.com, and get rid of them, freeing up a bunch of space on SLW's side of the garage.
at August 05, 2020