Antenna Delay Due To Construction.....


If you remember the fence: 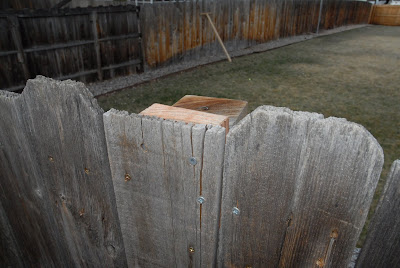 This is the original fence installed when the houses were built in the mid-to-late 1970's, so it's well over 30 years old, and the wood is disintegrating. I though about getting some replacement pickets, then realized the cross stringers are probably in about the same shape, so I started thinking about replacing the entire panel, and ........WARNING! MISSION CREEP!!

So I stopped, had a cuppa, and thought some more about it.

I've decide to forego mounting anything to the fence, except the counterpoise/radials, which are just #10 wire stapled to the fence, and just sink a new 4x4x8 cedar post.

This will be easier and cheaper than replacing the whole panel ($25 post vs $85 panel), and my neighbor has an electric auger, a bunch of quickcrete, a mixing tub, and is quite well versed in planting fence posts in this soil.

I was going to have our in-law General Contractor drop off a panel this coming week as he keeps a lot of them 'in stock', but thought about it, and by the time he would have taken to get it here, us tearing the old one down and disposing of it, and then putting the new one up, we could have the post planted. 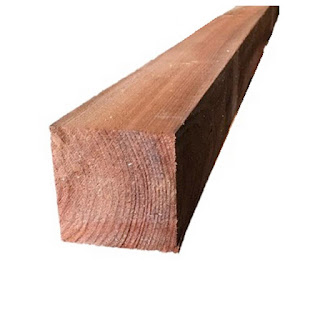 So the next trip to HD will bring home a post, and the neighbor and I can get to work on it.

I also found out my drill bit extensions are for smaller drills, so I'll have to get a new one of those so we can bore the hole in the tree to drive in the mast.
Posted by drjim at 6:24 PM