Desperately itching for an antenna that covers more than one band, and with progress on the "final" version of this antenna moving slowly, I bought a premade 88' end-fed antenna from MyAntennas.com a couple of weeks ago. This is one of the 'commercial' end-fed antennas that uses a 9:1 Balun (balanced-to-unbalanced) transformer at the feedpoint to tame the impedance characteristics of a typical non-resonant end-fed antenna.

This afternoon I put my rear-in-gear and installed it using one of the end mounts for the "ultimate" version that's in-work.

This is the feed end , mounted to the newest picket I could find. It's pretty solid, and I have the lower end of the 10' of mast resting on the ground, vs bolting the mast "as high as I could" to the picket. 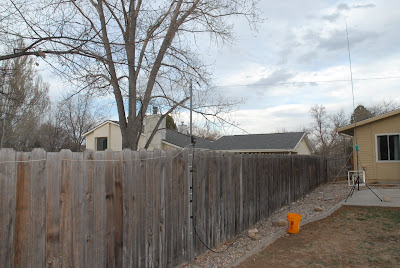 The feed point is roughly 10' above the ground now. When the new 4x4 post gets set, that mast will be mounted much further up the post, which will raise the feedpoint to 15'.

This is a nicely built antenna, using good quality "kinkless" wire, and (mostly) stainless steel hardware. Reasonably priced at $75, and Made In The USA.

The coaxial cable running to the radio in the large black cable running vertically, the antenna starts at the stud on the right side of the box, and the counterpoise wires are the white wires at the bottom. 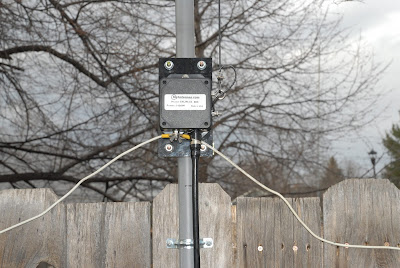 I solved the "How do I attach the counterpoise to the fence?" by threading them through the pickets every so often. 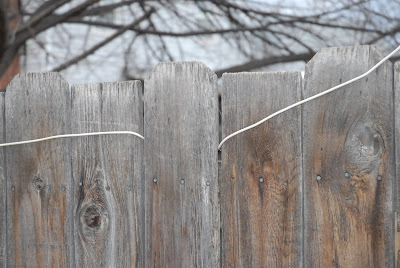 This one turns the corner at the fence, and continues along the back fence. 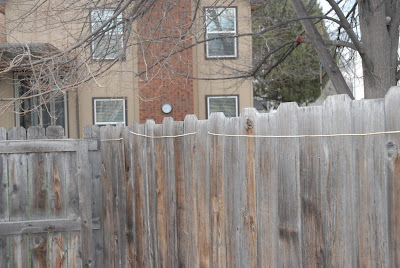 This one runs away from the antenna about 65. I could easily get 100' leads on the fence, as there's another 25' of fence past what looks like a gate. 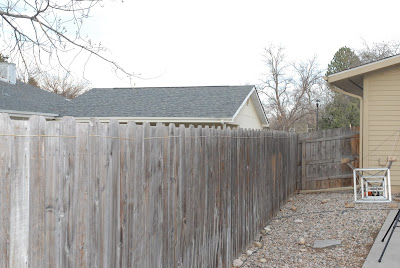 The middle of the wire was guyed to the stump of the cottonwood tree we cut down when we moved in here. It's about 17' in the air. This is the tree I want to bore a hole into the top of, and insert a 10' mast. This would get the center about 25' high. 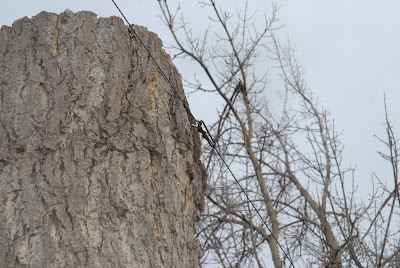 Nothing fancy, just a big screw eye threaded into a pilot hole drilled in the trunk. The "loop" holding the wire is made from Dacron antenna support rope. Hard to see in the picture, but there's several inches of clearance between the wire and the tree. 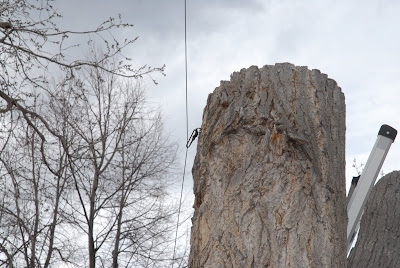 And the far end uses a mast bolted to the 4x4 fence post. The tension line from the end of the wire goes through a pulley on another loop of Dacron rope mounted at the top of the mast. 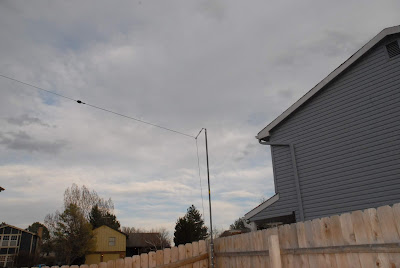 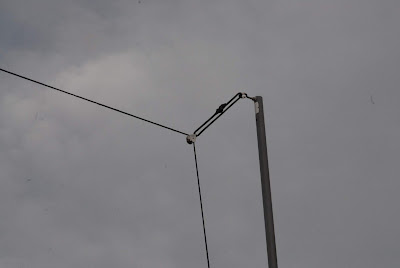 And the tension rope is tied off to a cleat. Eventually I'd like to put a counterweight mechanism on the rope to allow the antenna to sway, but this got it in the air today. 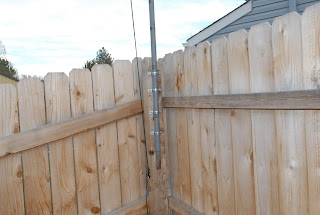 The coax runs down the mast, and then follows the fence towards the house. 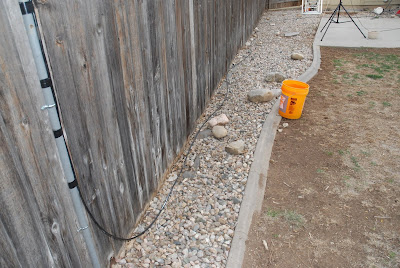 It gets to to where the patio starts, turns, and runs across the gravel area. 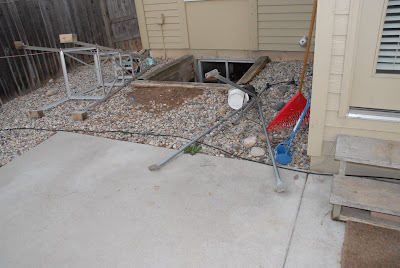 Goes under the steps, and off to your right where the entrance box will be. 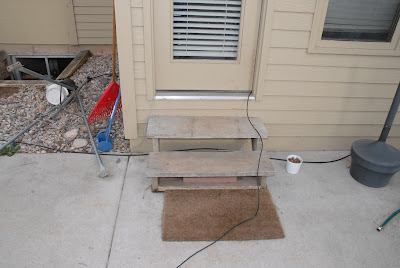 For now, I'm just using a jumper of RG-8X coax, same as I use on the BuddiStick, to run into the house. I have a multiposition coax switch so I can switch between the two antennas and compare signal strengths.

So how does it work? I haven't swept it yet and plotted the results, but first impressions are good. On 20 Meters (14MHz), sometimes it's better, and sometimes not, compared to the vertical, and depending on where the signal is coming from. But it's noticeably quieter than the vertical, and that by itself is nice.

On 75 Meters (3.8MHz) the difference is astounding. Signals that are S3 to S5 on the vertical jump to S7 to S9, which is something in excess of a 20dB improvement.

I haven't tried this antenna on 40 Meters (7MHz) as the radio has a problem on that band.

So, I'll sweep the antenna on Wednesday, see what and where the reactance flips and flops, and probably wind up taking a few feet off the length. My Wire Antenna Guru warned me that 88' can cause some strange effects, and 84' might be better. We expected some issues on 15 Meters (21MHz), but not on 75.