This one was easier than the A-4010SU I did last month. It's a 10 year newer design, the chassis is more rugged, all of the oil-filled capacitors (aka the "Suzuki Firecrackers") have been replaced with newer film capacitors, and the electronics are completely new.

This picture is how it looked out-of-the-box. BTW, this was just about the best packed item I've ever received via eBay. Double-boxed with new styrafoam inserts, and extra cardboard under the seams so when you opened it up you didn't damage anything. 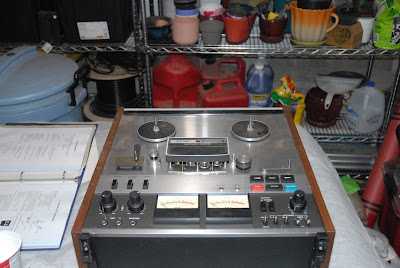 The reddish dust was from a blanket I temporarily used to cover it up. Entirely my fault, and bit of extra cleaning to do. 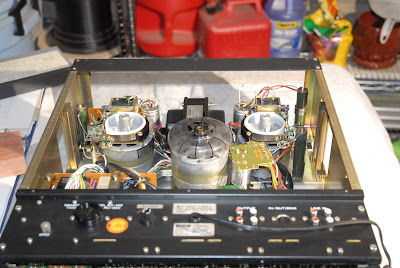 And all you have to do to access the monitoring/adjustment points in the electronics is to lay it on it's back, remove two screws, and slide off the bottom cover. 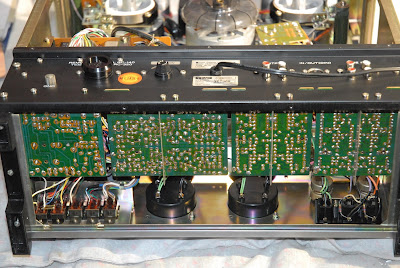 And TEAC even used a nice label on the inside of the bottom cover showing where all the points are. 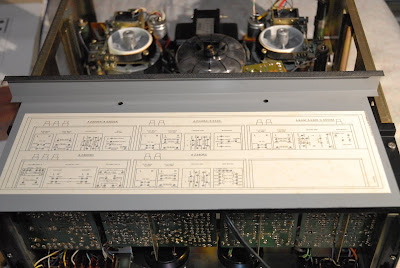 And even though their Technical "checked" the belts and pronounced them "OK", I went ahead and replaced them anyway. They felt "sticky" to me, and that usually means they're degrading, and I had them, so new ones went in, along with cleaning the entire tape path, and demagnetizing all the bits. The counter belt required pulling the tape reel hub to get at, but it was just two setscrews. The capstan belt required removing three large screws and lifting a support brace out of the way, but it was far easier to do than the other deck, where I had to remove screws from the bottom of the chassis so I could lift out the entire capstan assembly to get at the belt.

The flat, gold colored brace running vertically in the picture comes off, and you can easily swap the belt. 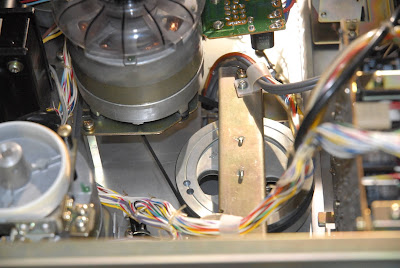 And it's a good thing I replaced the belts because the two setscrews on the reel hub, and the three screws holding the bottom of the capstan, were loose. Barely more than "finger tight", and could have easily caused problems down the road. Makes me wonder if they removed the belts to inspect them, put them back on, and never fully tightened the screws. Which begs the question..."New belts are only $10. Why didn't you change them?"....

And to finish it off, I cleaned and oiled the wood trim sides. 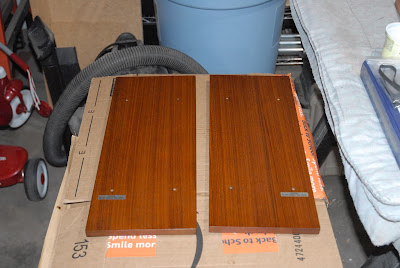 SO...it's all back together, and I'll post a pic after I lug it done to the workshop and get it in the rack..