Decided to try my hand at a batch of cinnamon rolls, something I've been threatening to do for a year or so. Found an easy recipe over at the King Arthur Flower site, and set about gathering the ingredients. Almost said "chemicals" there, but hey, baking is Applied Chemistry, isn't it?

Mixed everything up, and let the dough rise. 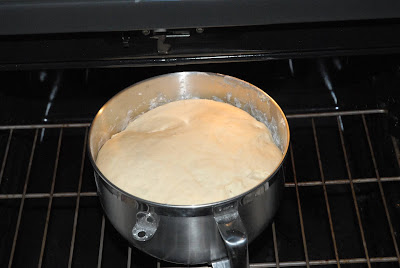 Mistake #1 - didn't turn out the dough and grease the bowl before letting it rise in said bowl. Wasn't a huge mistake, but made it "interesting" to get it all out so I could then roll it out and butter it up. 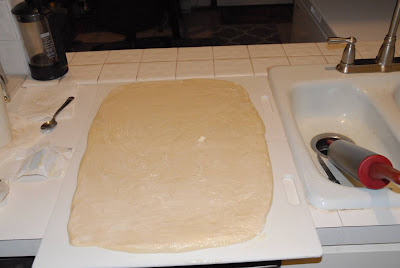 Then cover it with brown sugar and cinnamon powder. 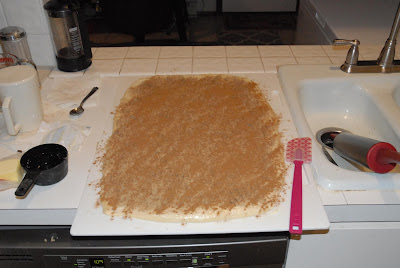 Getting it rolled up, and sliced into approximately equal sections, was a Charlie Foxtrot, but Sweet Little Wife helped me out, and we eventually got to here after allowing the rolls to rise about 45 minutes. 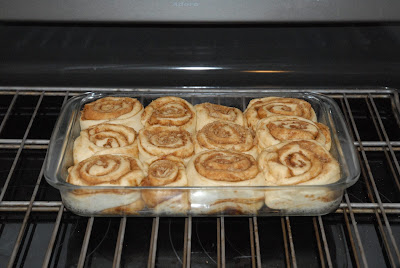 While they were rising again, I mixed up the ingredients for the cream-cheese icing. 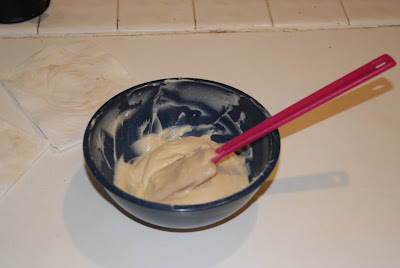 Mistake #2 - grabbed the wrong measuring spoon, and added twice the amount of vanilla that was called for. OOOPS!

After baking for what was deemed an appropriate amount of time, at an appropriate temperature as adjusted for the altitude, we we rewarded with these. 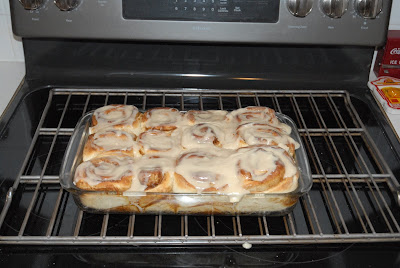 Mistake #3 - picked the wrong combination of time and temperature. I made adjustments to the time and temp based on published guidelines for adjusting your recipes to a 5000' altitude, and my bread baking, which confirmed the guidelines.

In short, you increase the temperature and decrease the time to avoid drying out your bread.

Guess what? This ain't bread. It's pastry dough, and bakes differently than just a straight yeast bread does. The extra butter and eggs change the chemicals enough to make the reaction go in an unexpected way. In this case, while the outside 2/3 of the roll is completely cooked, the inside 1/3 "core" of the roll isn't fully cooked. It never developed into the nice, light, almost flaky crust a Good Cinnamon Roll has through-and-through. They're not raw, just not fully cooked, and a bit doughy. They taste pretty good otherwise, although the icing has a bit too much vanilla for my taste.

Next time I'll make sure to use the recommended 400* oven, and let the time run the full 15 minutes. We took the pan out once to inspect the bottom, and it looked like the sugar was caramelizing nicely, but we just flat took it out too early, based on the rolls looking "Golden Brown". The higher temp got the outsides done just fine, but the shorter time didn't allow the heat to fully penetrate the denser dough and completely cook it.