SOOOoooo....here we are, which is most likely not where we'd thought we'd be. A staged pandemic, an election with absolutely breathtaking amounts of fraud, and economy in shambles, and all the other stuff I can't be bothered mentioning, but we endured.

No, it's not The Great Depression or a World War. Those may be Coming Soon To A Former Republic Near YOU!, but it's still not 100% decided. I don't know what's coming up this year, but I don't think it's going to be "pretty", for given definitions of "pretty".

So take care, keep your head on a swivel and your powder dry, and we'll see what comes.

On to more mundane matters....

Trevor The Tree Carver has been busy since the last update. He's just about finished, and has only some final detailing, sealing, and clean-up to do. It should look quite nice this summer. 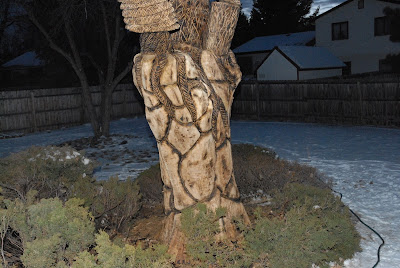 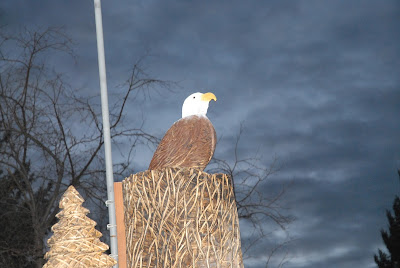 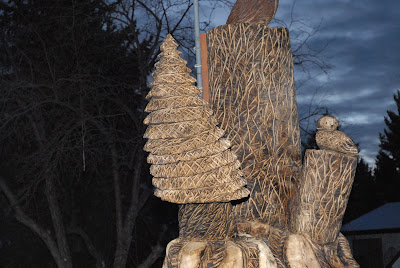 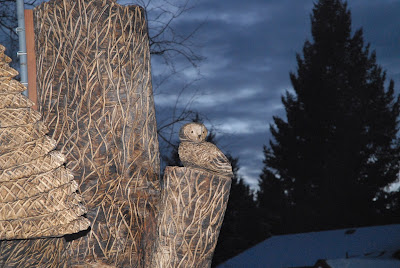 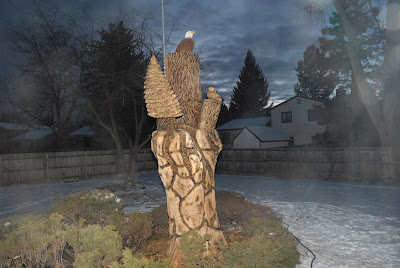 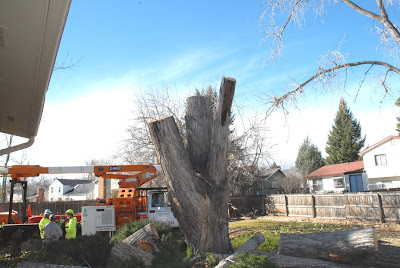 Awwwww....RATS! Booger uploaded my pix in the reverse order I selected them in.

And I'm too lazy tonight to correct it.