To all my fellow Dads out there. 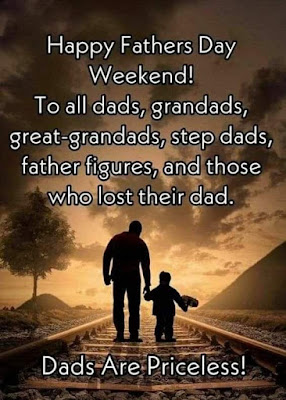 Today we got up early, loaded the cooler up, and headed out to the Greeley Old Time Farm Show. Unlike last year, I took the correct road, and hit all my marks on time.

WELL.....on time for today, but nobody was there! Since the field it's in is also an RV park, I asked one of the people coming out of an RV if they knew when the farm show was.

The day wasn't a total loss, as we stopped at Freddy's Frozen Custard and Steakburgers for lunch. They were fully open, with some restrictions, and about 2 minutes after I'd ordered my steakburger I remembered I'd promised myself months ago that the next time we went there I'd get the patty melt. Oh, well...it's a good "excuse" to go back there! Great burgers, marvelous fries (shoe string style), great frozen custard, and friendly, efficient, polite staff. Had a wonderful lunch on the patio with SLW and TLG, who was mystified why we couldn't see tractors after I'd talked it up all week. I don't think he understands "Grandpa Made A Mistake" yet, but he took it in stride and gobbled down a bunch of fries and some burger.

Ms. Swan's front bumper is now smooth enough to need primer, and unfortunately I don't have any "Flexible Parts" primer. I'm NOT going to prime it with "regular" high-fill primer as I don't think it will stick well enough, and be flexible enough, to not cause problems. I'd hate to use the wrong primer and watch my top-coat of the special black paint peel off in strips and sheets like I've seen happen. A buddy of mine repainted the front bumper on his 1968 GTO, the first year with a flexible "Endura" bumper, and six moths later it looked like it was suffering from terminal sun-burn. The paint was just peeling off like crazy, and he had a really red face about it as he was quite a good body and paint guy. And I need a few other things from the auto parts store, and Home Depot, and Harbor Freight, and CVS, so tomorrow may be a busy day.

And besides the auto body work, I've been moving stuff out on eBay, and have actually made a visible dent in the stacks of stuff I have in the basement. I still have things in the "I'll Never Use It" and "Why Did I Buy It" category, but I'm also getting rid of a few items in the "This Is Gonna Be Hard To Part With" category. I've got four items to photograph, list, and schedule tonight so the auction starts Sunday at 1600 Kalifornia time.

Oh well, the more stuff I sell, the faster I'll get that "My Last New Radio" fund built up. I'll probably keep my Elecraft K2 radio and Buddipole because they're "SHTF" items, and I'd rather have them and not need them....you know the rest.

Have great Father's Day, Dads and Granddads!
Posted by drjim at 7:21 PM