The letters on the rear of the hatch that spell out "S U P R A" are called a "Billboard Decal" in the community. Real, live, gen-you-ine Toyota parts disappeared a couple of decades ago, and good reproductions come and go. Whether or not you have one on your car, or have the JDM "Celica XX" version of it, is up to the individual owner.

Mine was completely shot. 30+ years of Kalifonia sun had polymerized the adhesive into the paint, and the material it was made out of had shrunk and cracked over the years.

It looked really shabby, as shown by an example: 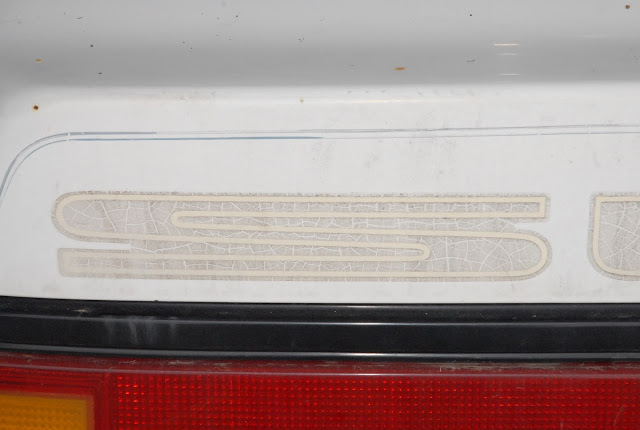 The center of the decal looked really bad, as various kinds of crud and glop had stained it over the years, and the lock cylinder had to come out to properly "sand" the surface. 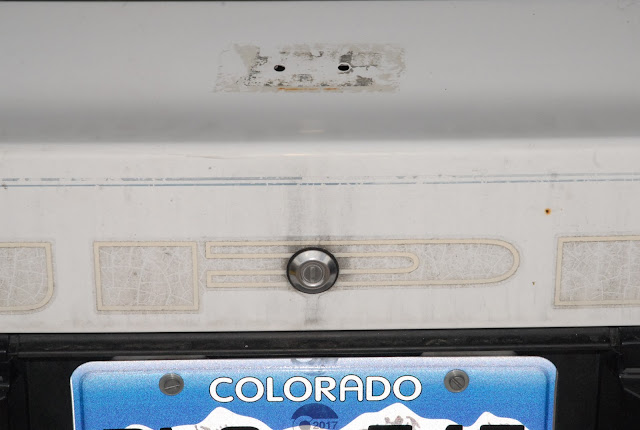 I first pulled the latch mechanism so I could get at the funky spring clip that holds the cylinder in. I was surprised it went as easy as it did. I had the cylinder and latch out in about 15 minutes, and that includes unhooking an electrical connector. Since the latch is inside the weather seal, it's nice and dry. All it needed was wiping down, and some lubrication. The lock cylinder has one end out in the weather, and gets wet. I squirted some "Gun Butter" synthetic cleaner/lube into all the orifices I could find on it, lubed the external tension spring wound around it, put a key in it, and worked it a bunch of times to free it up. Works smooth as silk now.

Then I proceeded to attack the hatch with the scotch-brite-and-detail-spray method until no more crud came off the paint, and the color was restored. 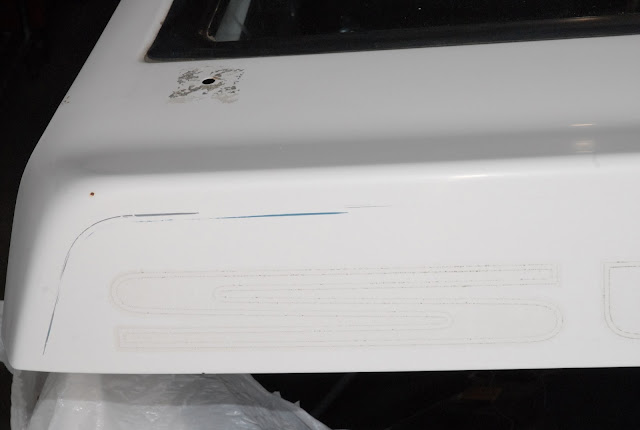 My poor pinstripe took a beating, but if it came off that easy....... 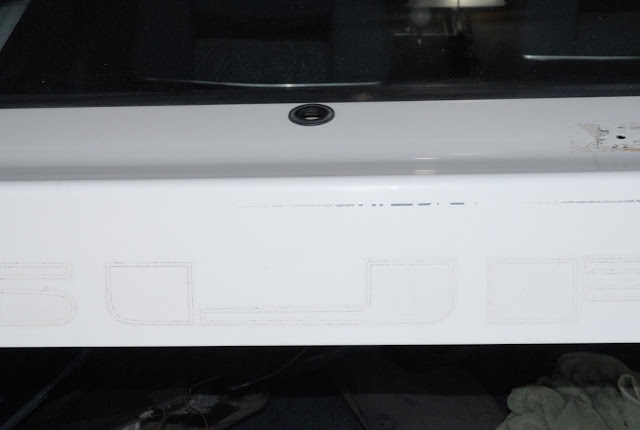 And the entire area around the lock is now uniform in color. The splotchy area around the two holes directly above the lock is where I had several layers of blue painter's tape glue themselves to the paint. That's gonna have to be power sanded, probably dry as I don't have any air tools, and then primed and re-sprayed. Just gotta be done, ya know? There are several areas on the car that I'm hesitant to do. The top of the hatch/roof interface area wasn't properly painted when the car was built, and the paint on the trailing edge of the hood is pretty thin, and show little orange freckles. To do it right means pulling the hood and hatch, cleaning them, prepping them, spot-painting in the repaired areas, and then reinstalling the hood and hatch, getting the panel alignment correct.

Time to shop it around at a few body shops. 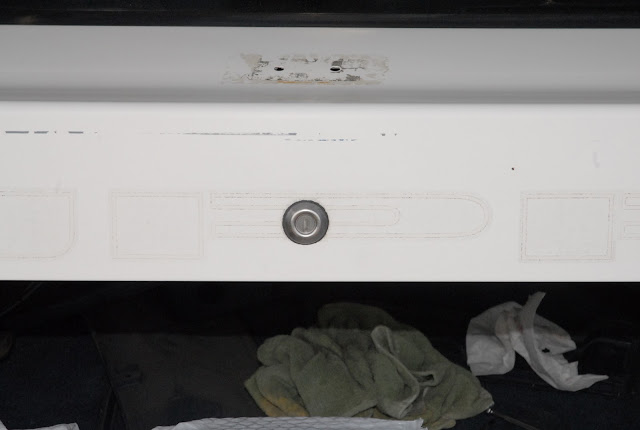 The end result of this is that the rear of the car is now cleaned up. After I did the billboard, I cleaned the taillights and license plate area, and the entire rear bumper. My wife came out after I was working "back there" for several hours in my Harbor Freight "Two-By-Two-Hands-Of-Blue" PPE and said I should hang my shingle out as an "Automotive Proctologist" since I looked right at home doing it. 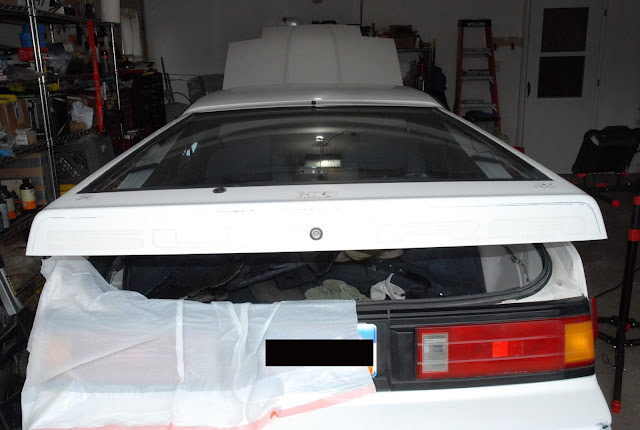 Sorry for the bad lighting. My camera has a reeeal hard time auto-focusing on dull, matte-finished WHITE objects. The entire area at the end of the hatch is now a "satin white" color, with only the outline of the letters remaining, but diminished.

And back on the homefornt.....we took my wife's visiting friend out for a scenic drive all the way up Rist Canyon, across Stove Prairie, and then down CO-14 to The Mishawaka for lunch. "The Mish" has been there right on the banks of the Cache La Poudre River since 1916, and besides being a decent local eatery, has an outdoor amphitheater where live artists perform. I was looking on the wall, and people from Arlo Guthrie to Bob Weir have performed there, along with local rock and punk bands. It's kind of a mini-sized Red Rocks, and the setting is pretty cool.

The drive up Rist Canyon is pretty neat, because you're driving up a twistie, turnie, road, it's pretty steep, and you crest the road and pop into a true Alpine Meadow. I swear you can hear "The Hills Are ALIIIIIVE" up there when the wind is right.

So we had a nice lunch, a pleasant drive, and I'm back to cleaning the Supra. Got the stainless window trim buffed out on the driver's side, and did the windshield trim, too. They're all a nice, uniform, brushed stainless finish, and look far better than the dirty, stained bits they were before.
Posted by drjim at 10:19 PM