Found the following article at the L.A. Times website while I was perusing the local news.

How a satellite called Syncom changed the world 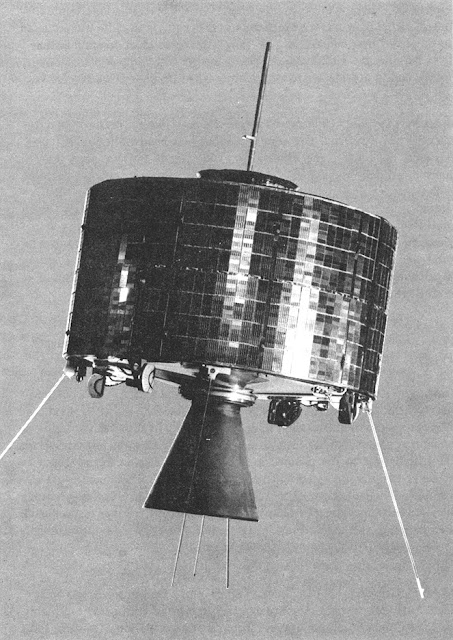 I remembered watching the Tokyo Olympics, and being very interested in how a satellite could stay put over one part of the earth without having a rocket motor to keep it in place.

Years (many!) later when I was working for Hughes Aircraft I got to see some of the gentlemen mentioned in the article at company seminars and talks.

And later still when I worked for DirecTV, I got to meet Eddy Hartenstein, who was one of the principles in developing Direct-To-Home ("DTH") television broadcasting.

The original Syncom weighed in at about 150 pounds, fueled.

The last satellite the place I work at now attempted to launch weighed in at a little under fourteen THOUSAND pounds.