Ladies and Gentlemen....The "Duke" has Arrived!

And boy, is it nice! 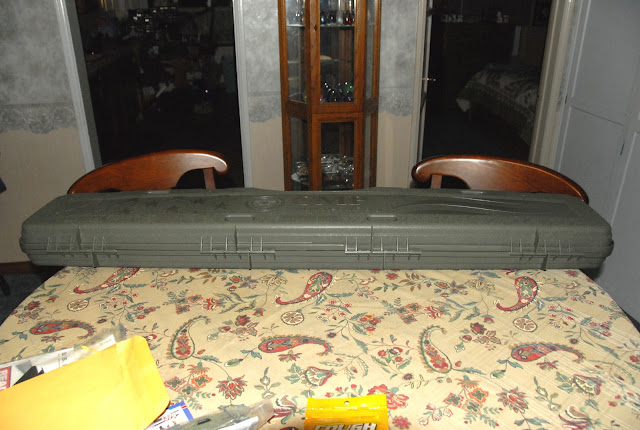 And he's a very handsome fellow.

He must have to some strange foreign place, as the local custom caused him to be branded with a "cartouche". 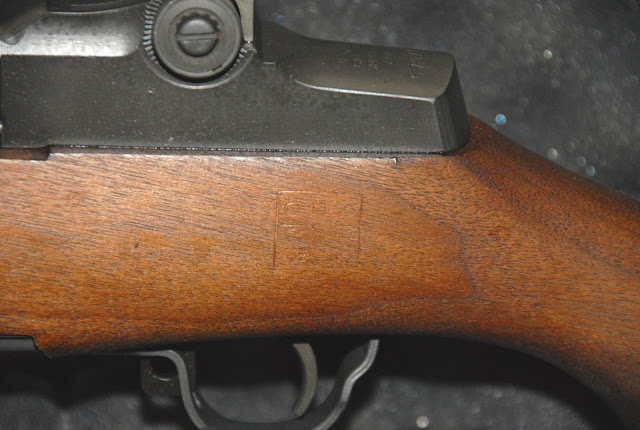 Hes a very late model, with a serial number in the high 5 millions (57xxxxx). According to one of my books, that would place him in the second-to-the-last batch made by Springfield Armory.

I had hoped for a WWII model, but seeing as I'm a child of the Cold War, I guess its more fitting that I received a rifle from the Korean War era.

When I opened it up today, My buddy who runs the mail box store I use looked at it, held it, and just about drooled over it. I looked at the serial number and realized it was a very late one, probably from the post-war production runs.

He's Korean, and I told him there was a chance that this rifle had helped defend his homeland. He lovingly patted it, and said "Thank you, Mr. Garand".

The receiver is in excellent condition, with only very, very light pitting, which you can barely see. 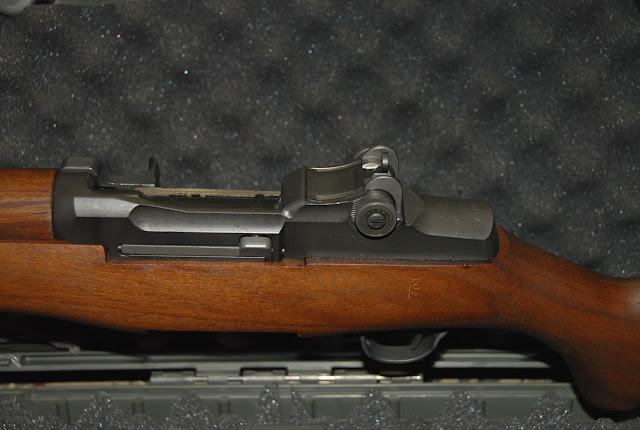 The tag that came with it rates the barrel as "0+", and the chamber as "1+", which goes right along with it having a new barrel.

So now I have to get the books out and study them. I'll want to carefully inspect it, and properly lube it with grease. ALL the books I've read say to use grease, and NOT oil, and all he has right now is a light coating of oil.

The wood on him is just beautiful, and looks "furniture quality" to me as far as grain patter goes.

Which brings up a question........What do I use on the stock? Linseed oil? Tung Oil? Pledge? I don't remember if my Garand books go into the proper care of a new stock, and this one looks like brand new, bare wood to me.

Besides the travel case, he came with a COA, a very nice instruction manual, a plastic thing to put in the unloaded rifle to tell you the chamber is empty, a new canvas sling, and one clip.