HAARP Facility Closed Due To Lack Of Funding 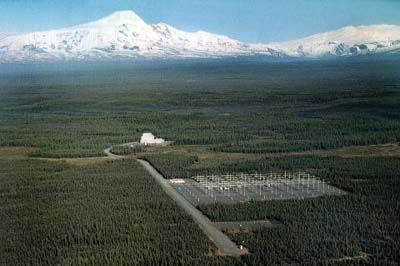 Well, I guess we can all take off our tin-foil hats now!

The High Frequency Active Auroral Research Program (HAARP) — a subject of fascination for many hams and the target of conspiracy theorists and anti-government activists — has closed down.

HAARP’s program manager, Dr James Keeney at Kirtland Air Force Base in New Mexico, told ARRL that the sprawling 35-acre ionospheric research facility in remote Gakona, Alaska, has been shuttered since early May.

“Currently the site is abandoned,” he said. “It comes down to money. We don’t have any.” Keeney said no one is on site, access roads are blocked, buildings are chained and the power turned off.

HAARP’s website through the University of Alaska no longer is available; Keeney said the program can’t afford to pay for the service. “Everything is in secure mode,” he said, adding that it will stay that way at least for another 4 to 6 weeks. In the meantime a new prime contractor will be coming on board to run the government owned-contractor operated (GOCO) facility.

HAARP put the world on notice two years ago that it would be shutting down and did not submit a budget request for FY 15, Keeney said, “but no one paid any attention.” Now, he says, they’re complaining. “People came unglued,” Keeney said, noting that he’s already had inquiries from Congress. Universities that depended upon HAARP research grants also are upset, he said.

The only bright spot on HAARP’s horizon right now is that the Defense Advanced Research Projects Agency (DARPA) is expected on site as a client to finish up some research this fall and winter. DARPA has nearly $8.8 million in its FY 14 budget plan to research “physical aspects of natural phenomena such as magnetospheric sub-storms, fire, lightning and geo-physical phenomena.”
Posted by drjim at 11:48 AM