When I was was playing with it yesterday, I though ut felt a bit sloppy, but didn't think too much about it. I figured the Azimuth rotor was worn, and that's where the slop was that I felt.

When my stepson was helping me extend the legs today, he noticed part of the hub where the legs go into was cracked...?!? I took a close look at it, and sure enough, the thin-section aluminum casting on the top of the legs was split in a couple of places.

After muttering a few choice words, having a soda and cooling down a bit, I decided that since this type of tripod was never meant for loads like this, it would be a mistake to get another one, and I should probably just go ahead and transfer the smaller antenna, shorter cross-boom, and the preamps over to the 9' tower I use here and for Field Day.

I took the antenna off, and as I was moving it over out of the way.....WHAMMO!......the whole shebang fell apart and smacked into the driveway.

I'm glad I was a few feet away when it "rapidly disassembled" itself.

Turns out that the legs had failed at the top, and it just toppled over after the weight of the antenna was removed from one side. 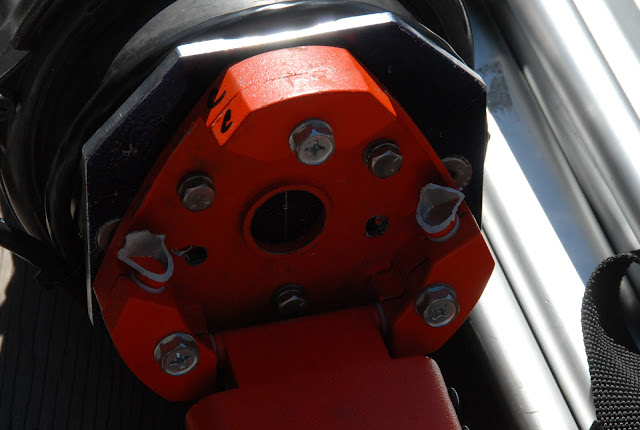 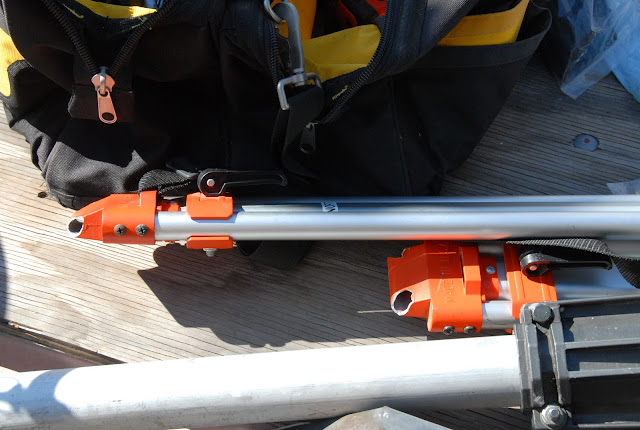 I only paid about $25 for the tripod, but had 20 or 30 hours wrapped up in it making the adapter plate for the Azimuth rotor, new cables, calibrating the rotors, and chasing down parts for it. 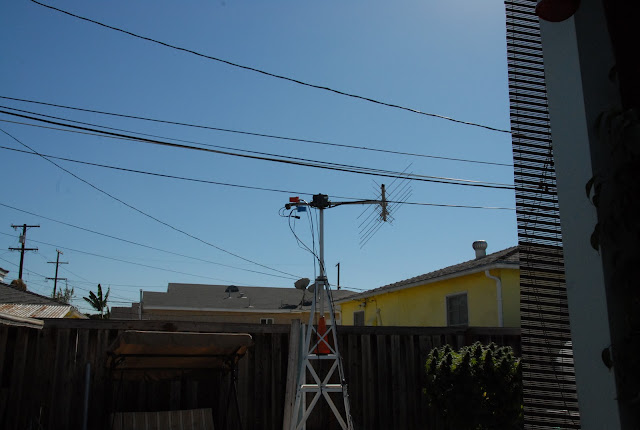