This one's a big SCOOOOORE!

Not only is it cleaner than expected, I met the original owner, who's the grandfather of the young guy who listed it. He bought it new, at the BX, while he was stationed in "Viet Nam" with the Army. 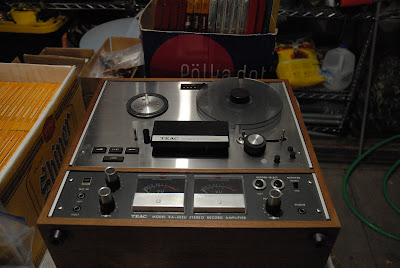 The heads show some wear, but it's what I consider "acceptable", and the tape path, pinch roller, and capstan are really clean. He said he took good care of it, and it shows. It's got some smudges on the front panels, but they're easy to clean with some of the stuff I used. The wood case is in amazing condition considering he had it so long, and it was shipped around while he was in the Army.

They gave me a head demagnetizer, and a bag of spare replacement parts, including a new pinch roller, capstan, and TWO complete sets of belts for it. 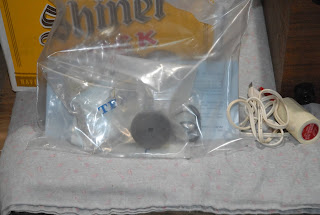 And the original manual, warranty card, and bag of accessories. 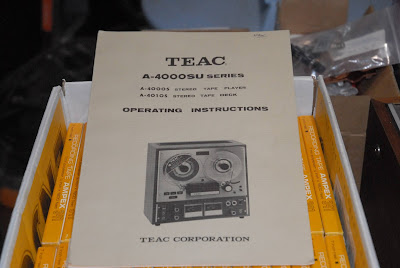 Even before the young guy brought the deck out, he said his Grandpa also had these two boxes of "Tapes and Stuff" that I could have if I wanted. Not having any tapes, or empty reels for that matter, I said sure, and we loaded those in the car.

This is over $800 worth of free goodies, and I'm indebted to them. 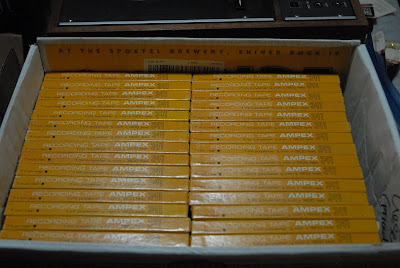 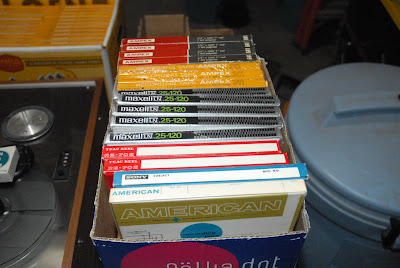 And one of the tapes is a live recording of a Bob Hope USO tour, two reels worth.

So I'm stoked about this, and will do a "Cleaning/Lubrication" check per the manual, and then see what's on some of these tapes. I don't need several reels of "Beer Barrel Polka" and several reels with "Sound of Music", "Sounds of Lerner and Lowe", and "The Music Man" on them. I'll check the tapes to see if the media matches what the box says, and run them through a bulk eraser.

Looks like I won't need to buy any recording tape for quite a while.....