Or WEather FACSimile transmissions by NOAA. There are of great use to mariners, as they provide weather charts and weather forecasts to mariners at sea, and away from VHF radio range. They transmit this data on several frequencies around 4MHz, 8MHz, and 10~12MHz. Back In The Day, it took specialized equipment, but these days all you need is an HF radio that tunes 3~30MHz, and a PC running some free software.

This NOAA satellite image came in tonight from the Pt. Reyes station on 8.682MHz: 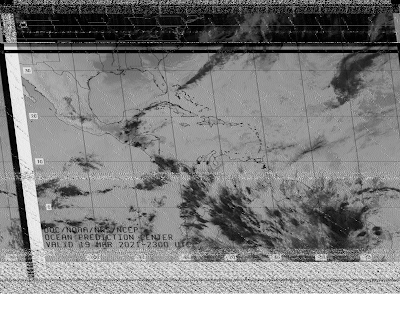 The image is slanted because I haven't done this in a while, and forgot where the "Slant Adjust" software slider was.

Other images after I corrected the slant, which is caused by timing errors between the sending station and my soundcard. 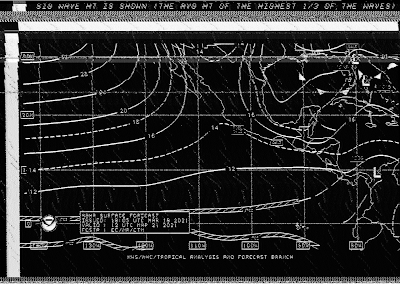 And they also broadcast wind vector charts. This picture is several strung together, as I forgot where the control was to keep each image separate. 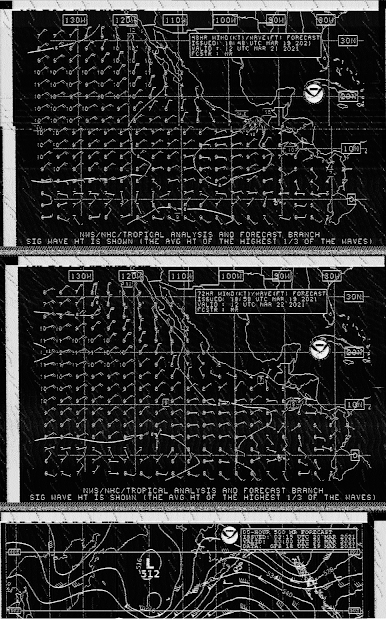 While these charts aren't very much use to me in my landlocked location, they are nice for getting a "Long Range" view of the global weather.

After the weather warms up, I'm going to build an antenna for the 137MHz Automatic Picture Transmission satellites, which will give me near real-time satellite imagery of this area.