It's been snowing off-and-on since about 1130 today, sometimes mixed with rain. The amount of snow on my "Snow Gauge" is about half what was predicted. The prediction was 8"~10" by evening, and we didn't make it. 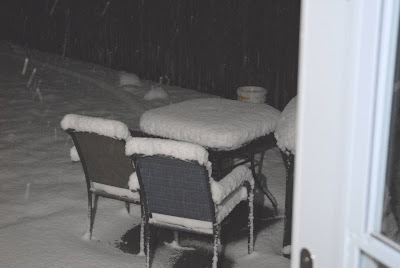 Looks more like 5"~6" to me. The bare spots under the chairs is because there's been zip for wind today. The snow came straight down, almost like rain, even though it's been pretty fluffy all day long. Any wind at all would have blown it around, and that didn't happen here.

I've been following the storm track on local and national weather for the last 24 hours, and it sure looks like this one dumped a lot more moisture well East of Fort Morgan, and that's 65 miles East of here.

One thing I've been watching is the snow/ice load on my 94' wire antenna. Normally it's more "taught" than this, but the spring on the far end of the antenna is doing it's job, allow the antenna to sag under load without breaking. 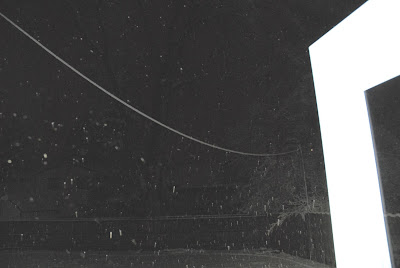