The weather's been pretty quiet these last few weeks. Had some snow flurries and a spot of rain, but otherwise not much going on.

That's NOT going to be pleasant to be out in, as this time of year with the temps in the high20's/low 30's, it's going to be heavy, wet snow, and stuff may get broken.

I have to drop SLW off at the big Medical Center here to have a test performed, and we'll stop on the way back (if she's not too groggy) to pick up a few things like some COFFEE, rawhide chews for the dog, and some diet soda for me. 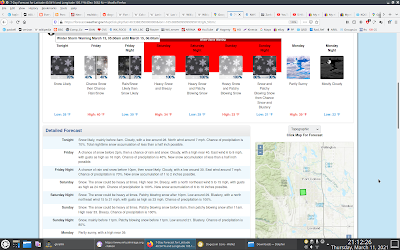 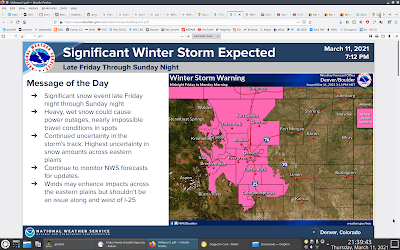 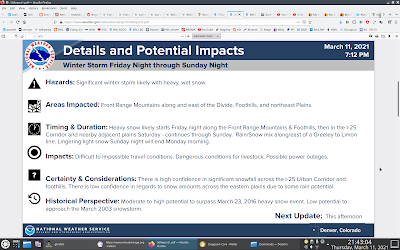 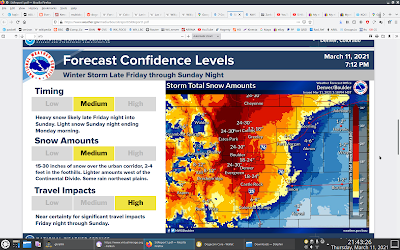 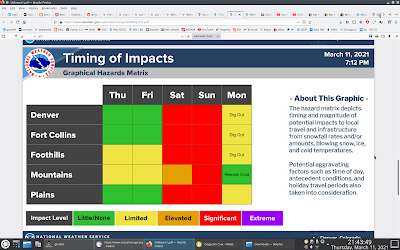 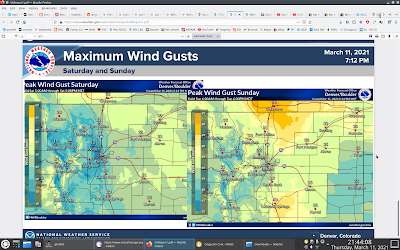