And Down in the Basement....

We have some R/C stuff going on, or soon will be.
I FINALLY got the Pandora Celica XX clear body I ordered, along with some wheels that look "kinda-sorta" like the ones I have on Ms Swan.
Imagine this in white, without the crazy negative camber on the wheels, and not lowered so far. 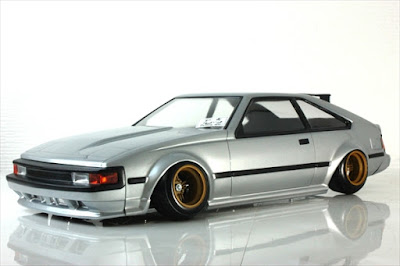 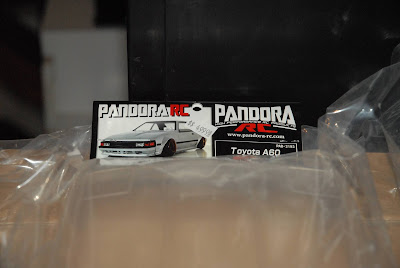 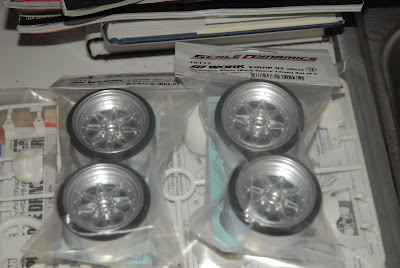 These were as close as I could get to the rims on my "1:1 Scale" out in the garage, and while they're not very much like the ones I have, they are "period correct", so they'll do.
These are what's on the "real" car now. 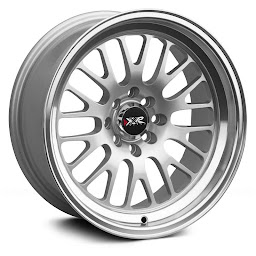 This will probably be a winter project, except for masking it and painting it, which has to be done in a WELL ventilated area, and by changing the body and wheels/tires on my little Trans Am car, I can run in a different class to get more "seat time". I'm typically a bit better than "middle-of-the-pack" when I'm racing the little car, which is about where I expected to be. These old eyes and reflexes can't keep up with The Kids, but I've surprised a few people with some of the moves I've done (pulled?) out on the track. Hey, one of the Rules of Racing is that if you see an opening, that will advance you, go for it!
And I've been really good at avoiding pile-ups, which happen occasionally.
Still tinkering on the "Speed Run" car, and should have that one ready to go back out in a week or so. Had some "issues" getting the correct "bullet connectors" for the power wiring, and had to modify the chassis a bit to fit the new speed controller. I was really hesitant to take it out and let it rip because the brakes on the speed controller I started with were soooo bad. Even going into the set-up menu and turning the braking force to the maximum (only 50%) didn't help much. The new controller is a high-end model from Castle Creations, about the best you can get (and Made In America!!), and has much, much more adjustability, up to 100%, which generally locks the wheels, so some experimentation is required.
And the new truck is very, very nice. Great ride, brakes, handling, good stereo, and so far (with 255 miles on it) we're averaging 20MPG, better than my Jeep which was doing about 15MPG. Our insurance went up a whopping Twenty-Eight dollars, which really surprised me, as I thought it would go up enough to maybe add another zero to that figure, but nope.
Posted by drjim at 7:21 PM