Nice, dry, fluffy stuff, too! And I'm either getting used to using the ^&%$$%#!!! snowblower, or it's "working" better. Took my can Of PB Blaster! silicone lube, and SOAKED all the areas that get hit with snow, and trundled it out this afternoon. Did our sidewalk, and continued on doing the sidewalks for our neighbors on either side. Cleared half the driveway, and then got the shovel out to do the steps leading in to the house. Spent over an hour doing what I used to be able to do in 30 minutes, but "That's Life".

I tossed out some ice melt on all the foot paths to keep the still-falling snow from building up. 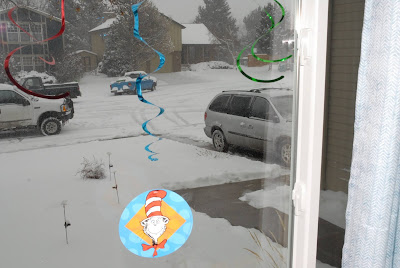 And then the MC put on his hat, and said "Let's get this party started!". 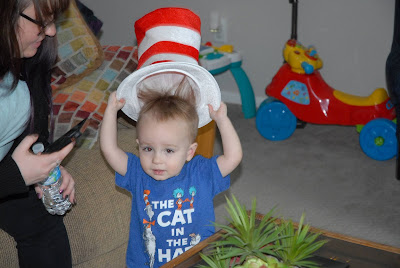 First order of business is the tearing of paper..... 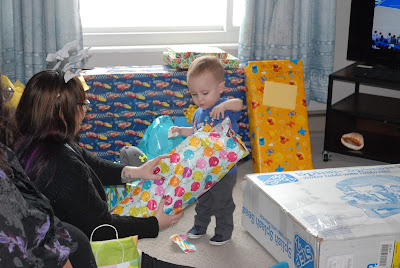 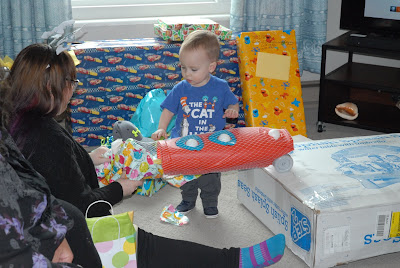 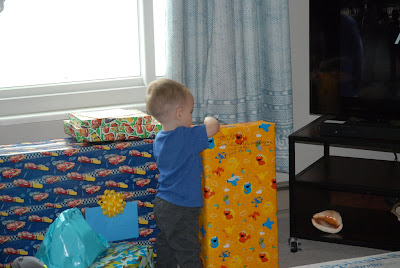 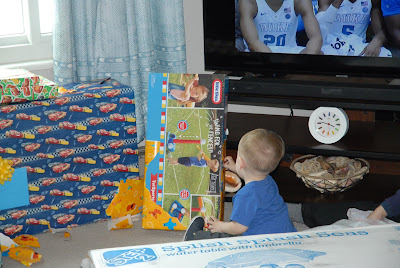 And my first two-wheeler! 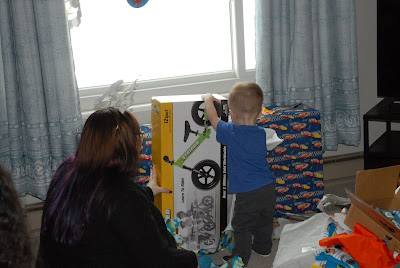 And a slide for the big backyard our new house has! 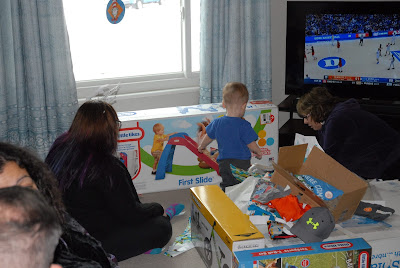 The Little Guy got quite the haul! This was about half the stuff he got, the rest being clothes and books. He LOVES books, and we're doing our best to foster and nurture that interest. He loves to look through books, and if they have pictures in them.....WoW! He looked at my library in the basement the other day, realized Those Are All BOOKS!, and gave me a really strange look.

And as the presents were opened, the cousins awaited.... 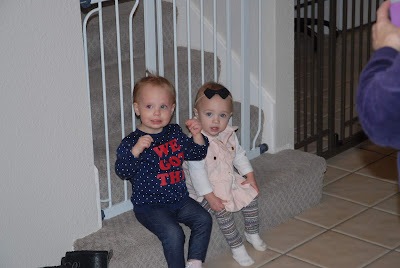 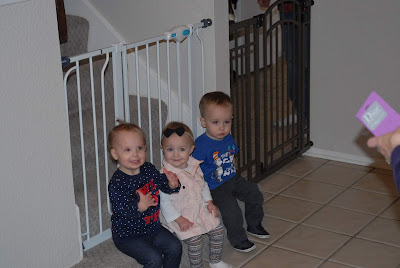 And topping it off? Cake and Ice Cream! What's a birthday party without cake and ice cream, eh?

And it was good, as evidenced by the thumbs up. 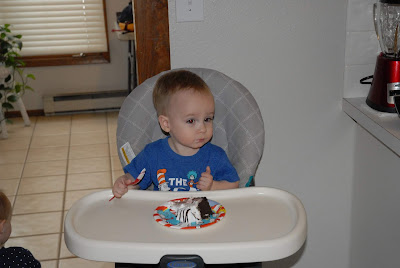 Hey, Bar Tender! Give that cute girl over there a round on me! 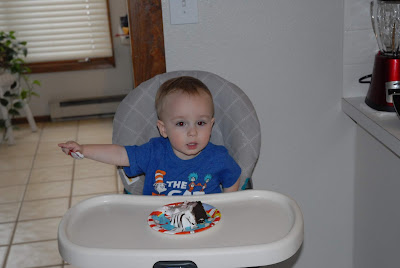 So we had a wonderful 2nd Birthday Party for The Little Guy. To think that two years ago when he was born 10 weeks early, he only weighed 2-1/2 pounds, and his Daddy could hold him in one hand, and to see him today made our entire family stop and give thanks. Watching him grow up is fascinating, and the older he gets, the more we interact, and the more fun we have. He was a bit upset that the basement door was closed, because he wanted to go down to the workshop. So, all the men folk trooped downstairs and watched him explore the workshop, turning knobs on the radios, going through my box of coax connectors (bright, shiny things!), and doing typical little boy stuff. We look at our grandchildren so differently than how we looked at our own children. I suppose it should be obvious to us, but I still marvel at how different it is.

So we had all the relatives over today, and made some plans for the upcoming warmer weather. We're planning a "St. Paddy's Day Shootout" up at the ranch outside of Wellington, where #1 son got his backstop scooped and arranged last Fall. This is the backstop for his "100 yd" range, and he'll be building a longer one this summer. The "Long Range" is planned for at least 300 yds for now, but he has room to do 1000 yds safely. He's also been dragging tons (literally) of new and used 4" and 6" "Drill Pipe" to the dump as a "Clean It Out" contractor, and is going to find a new section for me, cut it to 12', and square the ends. Then we're going to make a flange that fits the base for my Shakespeare AT-2011 vertical, and weld it on. After the weather warms up we're going to sink 4' of the pipe in the back yard, back fill it with concrete, and I'll finally have a proper support structure to get my "Big Stick" vertical back on-the-air. Now I'm back to sourcing a suitable outdoor-rated "NEMA" box for my SGC 230 autocoupler.

And the weather service is predicting another 3"~5" of snow tonight, a retraction from the 5"~7" forecast earlier today, with a low of -4* Sunday night. The snowblower is back in the garage melting and draining, and the batteries are back on charge. I ran it for over 30 minutes today, and the little electronic "Gas Gauge" on each pack showed greater than 80%, so it appears that battery life is "As Advertised".