Well...not so much since I retired, but still, the weekend is here and The Little Guy will be coming by for the night.

I've been spending more time listening to my little Elecraft K2 connected to the BuddiStick in the back yard. The new power supply works transparently, and I bought a new external speaker to use with the radio.

It's a Palstar SP30B, and it sounds much better than the little Radio Shack/RCA #40-5008 speaker I was using. The RCA speaker is allegedly "HiFi", which means it tries to reproduce the higher frequencies (>10kHz) required for music, while the Palstar cuts off at around 8kHz, greatly reducing the amount of hiss and annoying high-frequency noise, which isn't needed for SSB voice communications. 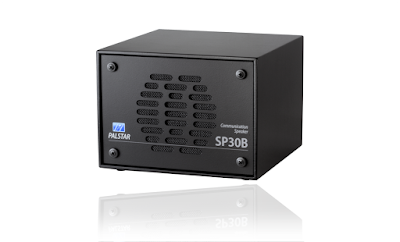 The black cabinet with a dark grey front panel also matches the paint on the Elecraft quite well.

So while the speaker works very well, the radio bands aren't cooperating very much! The 20 Meter band (14~14.35MHz) folds up and goes 'flat' around local sunset, forcing me to drop down to 40 Meters (7~7.3MHz) or even 75 Meters (3.5~4.0MHz) to find anybody to listen to. I haven't heard much DX on 20 Meters, but 40 Meters has had a number of readable stations from Europe and VK/ZL (Australia and New Zealand). In the Olden Days, 10 Meters (28~30MHz) was commonly used for local chat, but then 2 Meter (144~148MHz) FM repeaters became wildly popular, and many of the local nets and round-table discussions moved there. So, I set the K2 to 28.300MHz (start of the SSB portion of the band) and tuned around a bunch over multiple weeks, and heard zip. Nada. Nil on 10 Meters here. Oh, well.....

And on the VHF/UHF scene, I picked up another Discone antenna to replace the one I trashed in Long Beach, and now I'm figuring out the best place and way to mount it. I have an RG-6QS cable running into the basement workshop from the outside, an "Abandoned In Place" cable feed, so I have a weather sealed penetration through the foundation. That would make siting the antenna on the North side of the house very advantageous, and there's a grounding block at that point, so it's a simple matter to connect some new coax there, and run it up to the new antenna. 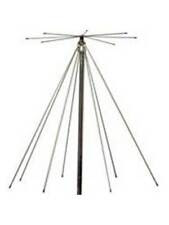 I've got the OK to install a wall-mount bracket for it, like I had in Long Beach, but that house had stucco walls, and this house has wood-composite siding. I'll have to make up some 'cheat blocks', like a reversed wedge, to attach to the siding so I have a flat surface to work with. 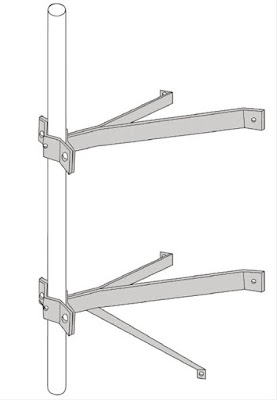 And even though this is a light weight, low wind-load antenna, I have some questions regarding how to "nail this sucker to the wall", so I'll have to talk with our "General Contractor", the DIL's Dad. In Long Beach, I used expanding anchors driven into drilled holes in the stucco, and both of them held up very well, including the one that had both the weather station and a Comet GP-1 VHF/UHF vertical antenna.

But Long Beach doesn't get sustained 45~50MPH winds with gusts to 65, so I'm a bit hesitant to just lag bolt it into the siding. I'll definitely need some kind of 'backer board' up against the siding to give me the flat surface and spread the load out. With a couple of sections of the high-strength mast I have, this would put the new discone about 5' above the gutters, and in the clear.

So, The Little Guy is here, and I built a nice fire for he and Grandma to sit by and read "Oh, The Places You'll Go!" by Dr. Seuss. He's not sure if he likes the snapping and popping of the fireplace, but he sure likes to stare into the flames.
Posted by drjim at 5:51 PM