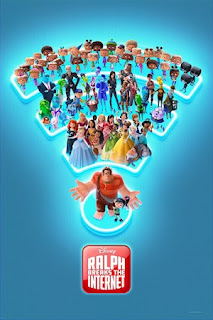 My sweet little wife and I took a trip down the local Cinemark XD palace to see some light entertainment.

The theater is one of the really nice ones, with recliners, and the "XD" part means they use a super-duper Barco Cinema Projector, touting it's "33 THOUSAND Lumens and 35 TRILLION colors", along with 11.1 Dolby THX audio.

35 trillion colors is probably a throw away, but 33,000 Lumens is nothing to sneeze at.

HUGE screen, speakers everywhere, comfy seats, a very good, reasonably priced snack bar, and senior discounts makes this a trip we do whenever there's a movie playing we want to see.

This was the first time I recall seeing one in the XD theater, and except for the previews, some of which were poorly upscaled to the projector making them grainy, I was blown away by the absolutely stunning video quality.

Face it, you're not watching a film in these theaters, and the picture quality will be different. You're watching a video, which from it's first frame in production to what you're seeing, has been done in the digital realm. The resolution is extremely fine, there's NO artifacting, and the motion is as smooth as silk. Just amazing, and something I knew would eventually get down to this level, but to "just walk-in" and watch a movie in it is a marvel.

It's a kinda-sorta sequel to "Wreck-It Ralph", a cute story about a video game character.

The main character and his BFF Van live in their video games, but "after hours", have a behind-the-scenes life where they can go into each other's games, and in general have a "regular" life. This episode in their lives involves the Arcade where their games are getting Internet access, and our two main characters getting out of the arcade, and on to the Net.

Hilarity ensues as our two intrepid characters encounter the online world for the first time as they complete their quest, meeting various characters along the way.

I don't want to give anything away because.......If you're a Techno Geek who knows the architecture, structure, and history of the Internet, and you also enjoy current SciFi/Fantasy movies......you GOTTA go see this movie!

Besides the absolutely mind-blowing video rendering and projection quality, this film has more Easter-Eggs-Per-Frame than any movie I've ever seen. Everywhere you look, there's "in jokes" of technical sorts, visual cues and references, historic characters and characters from pop culture, and I was rolling around laughing at certain things, and my wife was doing the same at other things, all while enjoying the action and dialog.

The scene where they first enter the wireless router is a good example. The floor was a printed circuit board, and the back "wall" of the "room" they were in had all the input/output connectors on it for the router. You've seen them. It looked like one of the older blue kinda "flat" Linksys routers that were so popular with Hackers. I've got four of them in the basement because they come in handy at times. What blew me away was that All the connectors were the correct types!

I've designed PC boards with those same connectors, and  when I saw them, properly seated and soldered to the main PC board (the "floor" of the "room" they were in), with a nice solder fillet, I just about lost it. This was very early in the movie, and as they movie progressed, I saw the same attention to detail in everything.

This is one of those movies that I'm going to have to buy on disc because I know I'm going to have to watch it a few more times so I can pay attention to what's going on in the background. I caught Stan Lee talking to Iron Man, and my wife didn't see it. She noticed a lot of things about some of the other characters, and things in the background relating to Harry Potter type stuff that I didn't get.

So go see the movie. Take a grandkid if they're old enough, and you'll both be roaring about different stuff.

And if you can see it in an "eXtreme Digital" projection format, go for it. It's also out in "RealD 3D", but that could be information overload to somebody like me.