So, in anticipation of my buddies at NI6BB onboard the Iowa manning the station all day, I went ahead and set up my BuddiPole in the vertical configuration, and got everything else connected and powered up.

The green stuff wrapped around the feedpoint is stretch wrap, a good way to get some rather temporary but effective weather protection.

The antenna consists of a 15-1/2' vertical radiator, and two 25' radials. The length the radials was determined by a length of 16 ga speaker wire I had laying around. I split it down the center of the two conductors, crimped a lug on each piece, and presto! I had two radials. Technically, they should be a bit shorter (about 1/3 longer than the radiator, per an old rule-of-thumb), but it's not super critical.

The feedpoint is about 6' above ground, and the two radials are also about 6' above ground, so this qualifies as an "Elevated feedpoint with elevated radials", and greatly reduces the "Ground Losses" of radials laying on, or buried in, the ground. To be effective with radials on the ground, you really need quite a large number of them (64 is a good starting point!), which is the main reason why my 33' vertical didn't work so hot with only 4 radials when I had it up. 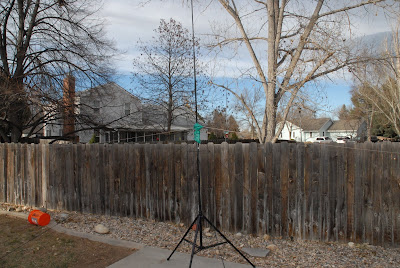 And while I was out playing with the BuddiPole,  my wife and grandson were out doing some stuff. He gets quite a kick out of playing with the dog, and you can hear him laughing the whole time. 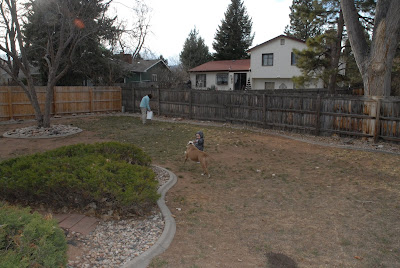 Grandchildren are truly wonderful. Hard to believe he was 10 weeks early, and his Daddy could hold him in his hands.

Here he is 18 months later, running around like you'd expect him to. 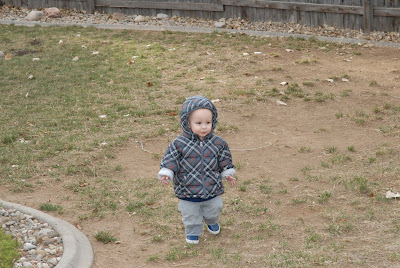