Been pretty quiet here as the wife went to Kalifornia for a week to visit with her three best friends, all of who had birthdays over the weekend.

So, it's just me and the dog until she gets back Thursday night. I spent today cleaning the bathrooms, and then sweeping and mopping all the ceramic tile in the entry way, kitchen, and sunroom. As hard as I tried, the dog got away from me once when I let her back in, and she almost got out of the tiled area with muddy paws, so that's why all the tile need cleaning. I'll do the heavy duty vacuuming Thursday, and the place should pass muster for her when she gets back home.

Outside the house, we have a backyard full of leaves..... 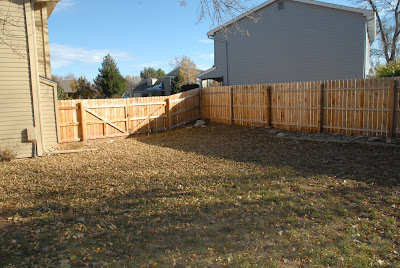 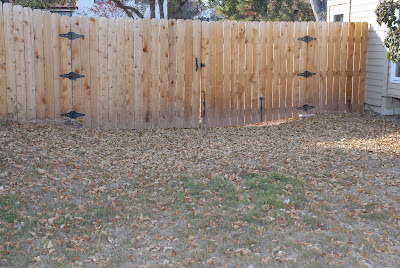 All from this one tree, in slightly less than 24 hours. 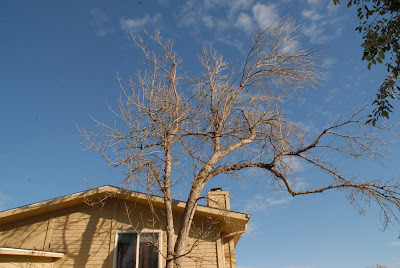 Just amazing how some freezing rain, and below freezing temperatures, can shock the trees into dumping their leaves. We weren't in this house yet at this time last year, so we missed the first snow and freeze, and the attendant leave drop. There were two snows and freezes last year between when we got here, and when we moved in, so the trees were already pretty bare when we looked at the house, and while we were moving in.

The maple in the front is still holding on, but not for much longer. 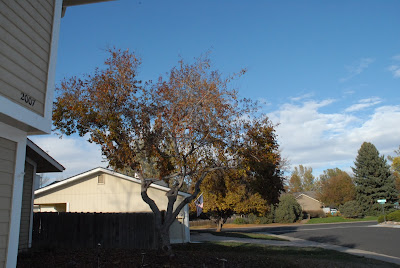 When the sun hits the multicolored leaf litter from the maple, it looks quite pretty, much prettier than what I can capture with the puny little built-in flash on my camera. All quint and rustic and stuff. Guess that's your reward for having to clean it up! 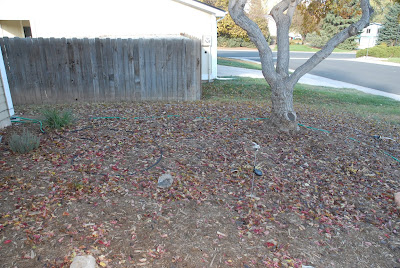 And while I was out in the back, I noticed all these little dead dudes on the patio table. 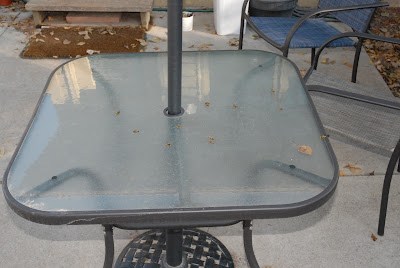 The dark pole going up through the table is the umbrella mast. I thought I'd seen some wasps ( ! ) crawling up in there a few weeks ago during the last warm spell. Guess the freeze nailed 'em, so I'll have to open up the umbrella and clean out any critters that sought a winter home there, as we're planning on moving the umbrella to the basement before the next snow. Would have been really bad news to have those suckers wake up inside the house!

So, all the hoses are coiled up and stored inside with the sprinklers, the little styrofoam "hats" are over the outdoor spigots, and I picked up the foam board insulation from Home Depot. I'm thinking of going back to get one more sheet so I can make a "blank off panel" for the outside of the basement egress window just like I'm going to make for the inside. I can't see doing both sides of the windows in the front of the basement. The two of them combined are less than 25% of the surface area of the big window, and the window wells for them are much shallower and smaller. Plus that side of the house is in the house's 'wind shadow', so those two windows never get hit with strong winds, like the huge window in the back does.