Everything That Flies Needs A Place To Nest Or Rest....

As witnessed by this little guy (or gal) taking a break from whatever it is that Dragonflies do all day. 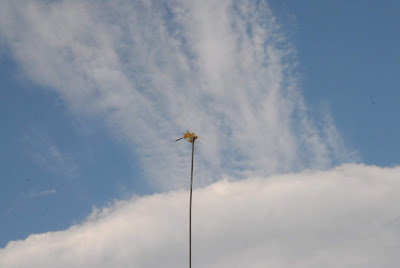 I was out just putterin' around (or 'piddle farting' as Phil calls it) out in the garage, and I stepped outside to look around. I happened to notice all the Dragonflies flitting around, and then saw the one sitting on top of my Larsen NMO 2/70, and just had to go get my camera.

And he/she/it (am I getting too PC?) had a lot of friends hangin' out today, too. 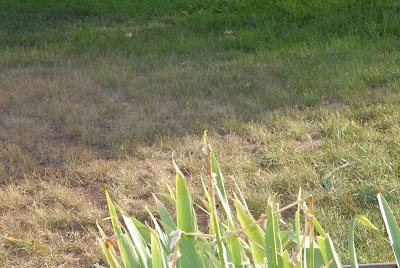 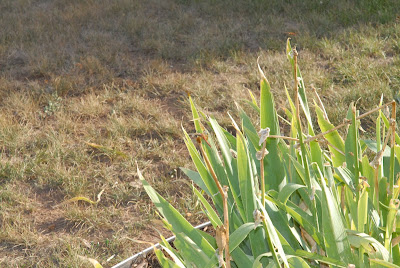 The green stuff are our Iris', and now that we're getting rid of the Sumac, that corner of the house is looking much tidier.

The picture below is from the end of May, and all those woody stalks sticking up, with a bit of greenery at the top, are what we're told is Sumac. 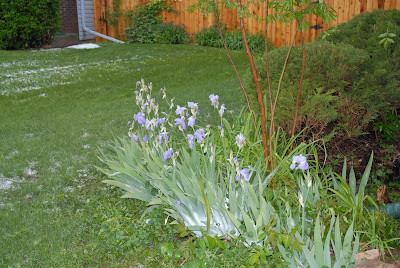 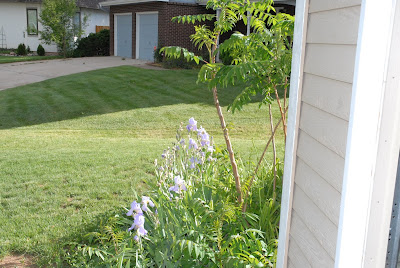 Now imagine those stalks, but two or three times that diameter. And completely covered in foliage, so much so that it's hanging over the Iris', and looked like something from the back lot at Universal Studios. It's fast growing, and as invasive as a truckload of "refugees" from South of the border. Not quite as bad as Kudzu, but very annoying. I was amazed looking at the pic above at how much, and how fast, that stuff grew from what you see to what we whacked.

I may or may not have a picture of it, but it's gone now. We cut it down to 12" high stumps, and we'll hack it down some more before I bore holes into the stumps, and we pour in some Ortho Poison Ivy Killer. This is what a couple of nursery's told us to do, so we'll give it a shot.

And the Little One was here last night and today. It's amazing to watch him grow from week-to-week, and watch his skills develop. It seems he's working on language now, and he's just starting to string a couple of words together now. "WHA??" and a point went to "WHAT?" and a point to (this week) "What THAT??" and more accurate point to what he wants to see.

And while we were sitting in Grandpa's Big Chair and looking at pictures, he strung together 5 or six "words" in a perfect sentence of utter nonsense. The sounds were distinct and separate, like words in a sentence, and not only did each "word" have unique inflection and intonation, but strung together they way he did, with correct inflection and intonation as a whole, it was a perfect sentence. Sure, they weren't words in the conventional sense, but it was obvious he knew what they meant, and how to string them together to convey a more complete message.