Did something today I've wanted to do since I bought the car on New Year's Eve, 2012, and that's do a "proper" Old Skool Engine Bath!

I started on this the other night by pulling off my strut tower brace. Then I figured out how to get the windshield washer reservoir out of it's bracket, which involved pulling the electrical connections for both pumps (one pump is for the headlight washers), which let me lift it out far enough to undo the hose connections.

This was quite fun because 1) it was full of washer fluid and 2) it holds a GALLON of the stuff.

It's a huge reservoir for an early 1980's car, and juggling the plastic reservoir full of fluid almost took another pair of hands. But it came out yesterday, so last night I put some cardboard under the car, and proceeded to liberally apply an entire can of "Gunk Heavy Duty Gel" engine cleaner. 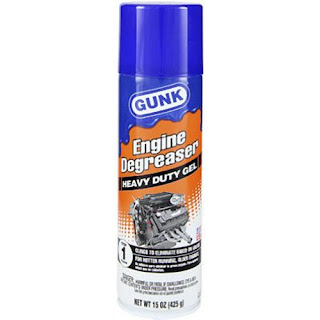 This stuff is GREAT! I've been using Gunk for degreasing things since I was a kid. Lawnmowers, then go karts, then automobiles. The "Original Formula" stuff works well, but it runs off if you really spray it on. The gel hits, spreads out, and STICKS! It didn't run down the firewall or the frame rails and drip on the floor. This means it's just sitting there, slowly soaking into the grease and glop, in my case, about 12 hours worth of sitting.

Got out my "SunJoe" pressure washer, hooked it up, and experimented with the different spray heads it came with, finally deciding to use the "20 Degree" spray pattern head. 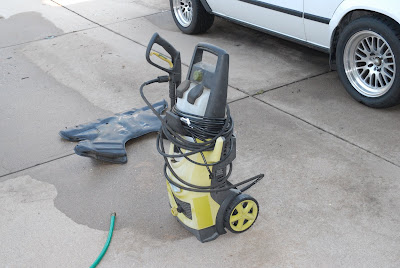 I've had this little guy for something like three years, and this is the first time I've used it.

It worked very well, except that it doesn't seem to meter anything from either of the two "soap" dispensers, so I'll have to look into that. 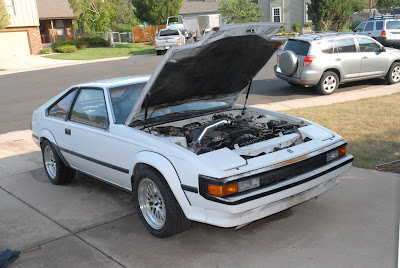 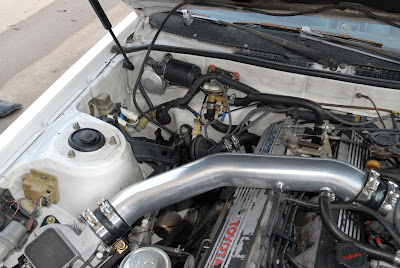 This is one of the areas that had grease and glop on it so thick it looked like undercoating!
You couldn't read the label on the EVAP canister, and I had thought the gold alodyne cylinder was painted black. 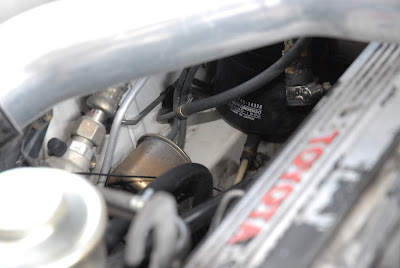 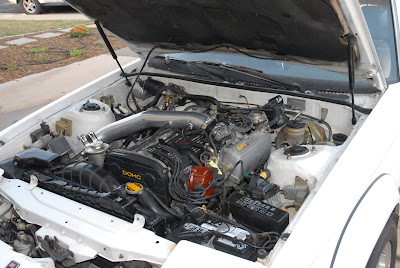 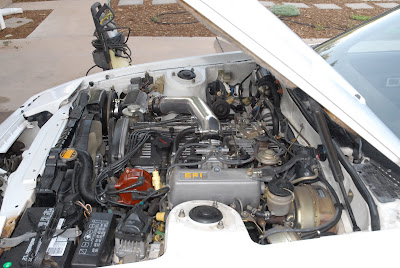 I made sure I cleaned out the front ahead of the radiator and A/C condenser, as that area collects a lot of bugs, leaves, and Other Road Trash. 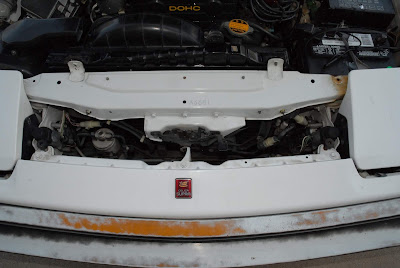 So, she's much cleaner under the hood now. So much cleaner that now the areas I missed jump out at me. I'll do it again in the next day or two.
Posted by drjim at 8:11 PM