Since most of our new in-laws are in the construction/demolition/rehab/excavating/hauling business, they have good old CB Radios in their trucks. CB radios are still pretty big here, as they're cheap, easy to use, and work pretty well for what I'd consider "Short Range Ground Wave" communications of a mile or two.

Most of the gravel pits, constructions sites and paving plants these guys go to use CB radios to communicate with the truckers. Even though the truck may have a fancy 800~900MHz "Trunked Radio" 2-way  FM radio in it to talk to the office, it will still have a CB in it to talk to the Dispatchers/Yard Managers at the places they go to.

The first of the in-laws trucks was a full-size Peterbuilt tractor with a full-size dump box on it. Our daughter-in-laws younger brother bought the tractor and dump box separately and 'married' them in the shop section of the little place we stayed at when we first moved here. He does very good quality work, and it looks like it rolled out of Peterbuilt that way.

At one time the truck had a commercial 2-way radio of some kind in it, so it had a Larsen "NMO" (for "New Motorola) antenna mount on the roof, with coax running behind the driver's seat down to where the radio was mounted, on the lower, door side of the seat mount. 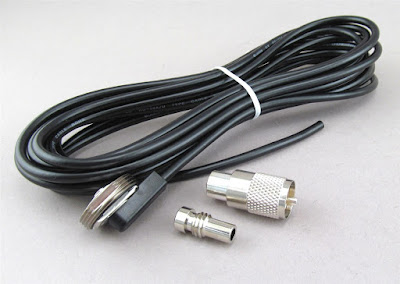 This was NOT a good place to mount a non weather-resistant "consumer grade" radio! It got wet when the door was open in the rain, got kicked by people climbing in and out of the cab, and had all kinds of stuff get dropped on it.

He went through THREE of the "$50 class" radios before he decided to relocate the radio up to the top of the cab in the center where it's out of harms way. 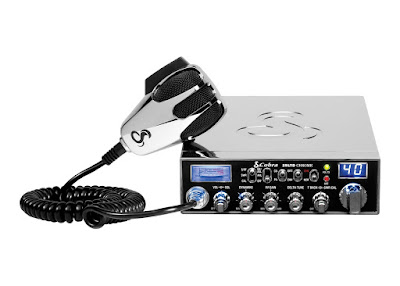 The wiring was beautifully installed, the coax had been rerouted, and the radio mounted solidly.

The problem was, he couldn't hear anybody at the gravel pits, although they said they could hear him.

Hmmmm......Well, I did the Full Monty on it when I got there. The power output of the radio was about 4 Watts, increasing with modulation, and sweeping the antenna with my analyzer revealed nothing out of the ordinary. The SWR was about 1.5:1, rising to 1.7:1 on one end of the band, and 1.8:1 at the other end, perfectly acceptable considering I could NOT get the analyzer to connect to my laptop, and was forced to read the little 2" x 3" display on the analyzer.

Double Hmmmmm.....this looks like a good installation, and AFAIC, it "meets specs". What could the problem be? I open the squelch all the way with volume at max, and was greeted by a slight noise increase, which quickly faded away. Yup....sounds like the receiver's dead. On a brand-new radio........DUH!??!

Flipping through the manual, I remembered this radio had an RF Gain control, basically a receiver sensitivity control. No, it couldn't be.......yep, it is. ALL the way to zero, meaning the receiver is pretty much deaf.

I turned the RF Gain wide open, and "Channel 19" audio came blasting out of the speaker from the trucks on I-25. People immediately came running over asking what I did to "fix" the problem.

So I sat down with them and gave a "Radio 101" course, explaining what all the knobs and buttons did, and my findings on the antenna. The radio has a built-in SWR meter, and after calibrating it, it agreed with my analyzer well enough that I decided there wasn't any antenna problem.

He sent me a text today saying it worked fine at the gravel pit, and could I look at his Dad's radio? And his friend Nick's? And maybe Justin's too?
Posted by drjim at 7:38 PM