After I wrote the post last night, I went back out to the garage to stand and stare for a while.

Sometimes I'll get a flash of inspiration or an insight while just standing there looking at random things.

Since one of the long deferred maintenance items are the hoses that carry the coolant, I started checking them. The upper and lower radiator hoses have worm-drive clamps on them, along with most of the heater hoses, indicating that they've probably been replaced at some time in the past. The radiator looks newer than the rest of the things in the engine bay, so I'm SWAGGING that it and the upper/lower hoses are replacements.

I have new upper and lower hoses, so I'll replace them.

One of the heater hoses is a weird two-piece thing with a metal coupling joining the two sections. It's not a flow restrictor, just a coupling.Why on Earth Toyota did it this way is unknown, but there's a similar one piece hose used on the Tundra pickup truck that fits with trimming an inch off each end, so I bought one of those when I found out about it.


And there's the rub.....That hose is disconnected at one end! 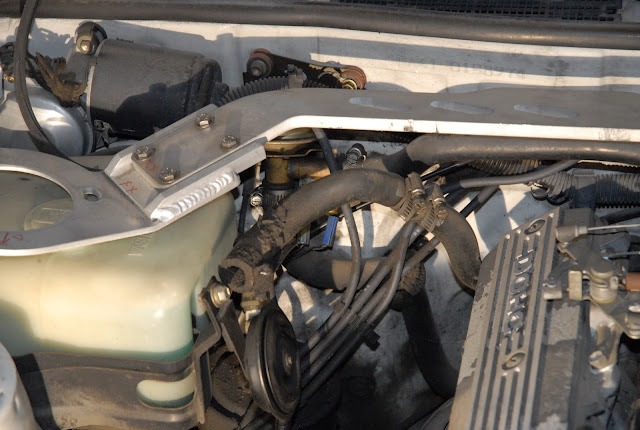 And looking at the amount of glop on it, it's been disconnected for some time. I stumbled on this as I was doing the "Wiggle-and-Jiggle" on that hose to see where it went, and found out it goes......NOWHERE!


Looking closely at the firewall reveals an empty hole where the pipe from the heater core is supposed to be. 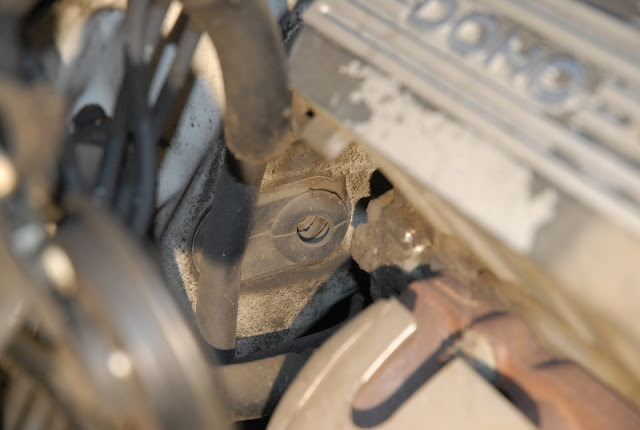 The out-of-focus hose is the loose one, and the connected end is out of the picture. It's connected to the other heater core pipe, which is still there.

So while this is going to be a Royal PITA to fix, at least it explains the ruined carpet that I thought was caused by the clutch master cylinder failing and dumping the fluid inside the car. And in retrospect, it makes much more sense. The clutch master cylinder only holds a few ounces of fluid, and even if the seals blew, it's a contorted path for the fluid to actually get inside the car.

I've had heater cores let go before, even in well maintained vehicles. Some are fairly easy to change, and some aren't. This one isn't, requiring the removal of most of the dashboard. The heater cores are between $50 and $75 depending on where you buy it from, and nobody local stocks them. Rock Auto wanted $75 for the same "Spectre" core that O'Reilly's gets $51 for, so I ordered it from O'Reilly's. I doubt if I'll change it soon, as I don't need heat here in the summer, so It'll get deferred until Fall, and I'll do it when I pull the interior out to install the new carpet and have some of the interior parts refurbished/recovered. The tops of the door panels are completely disintegrated, and crunch when you slide your fingers along them, so the foam under the vinyl is shot, along with the vinyl being split in many places.

ANYWAY.....going to see Brandon Marsalis Quartet tonight at the Lincoln Center. Not sure if my wife likes Jazz or not. Guess I'll find out!
Posted by drjim at 3:06 PM