Since one of the priorities in this project is to take care of deferred maintenance items, I thought I'd start with the ignition system. It's easy to get at, and relatively easy to work on.

The cap is held on by three hex head screws that also have a full-width slot, and a Phillips head drive. I have no idea when the cap was last changed, but holy smokes were the screws ever tight. I tried a Phillips head, and could only get the top one loose, so then I tried a big flat blade. Barely any better, so I got out an 8mm nut driver. No dice, couldn't get a decent grip on the handle, so I broke out the 1/4" drive socket set, and busted the other two screws loose.

And then I had to get out a soft hammer, and tap the cap to get it loose from the distributor housing. 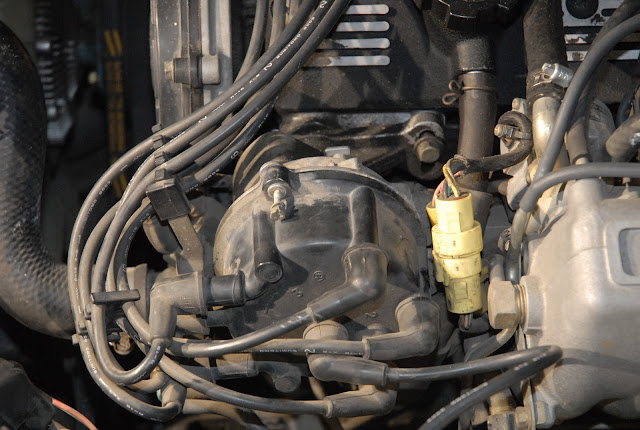 The cap isn't the worst one I've seen (or used..), but it was really stuck on the housing by some corrosion. 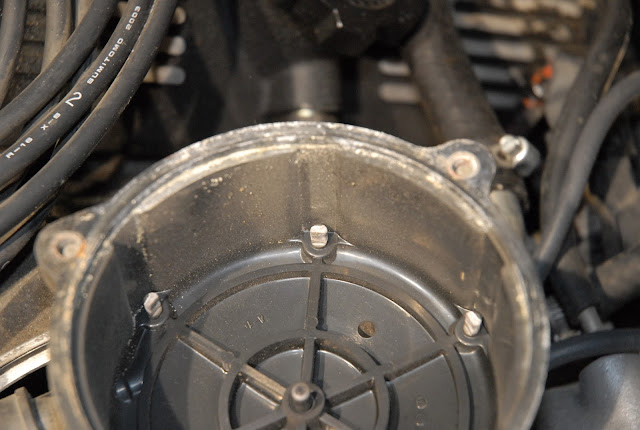 The inside of the housing is fairly clean, and I'll be really gentle cleaning it, as these things are a bit delicate, and expensive to replace. You can see the corrosion on the right side of the housing. There are two "Reluctor Pickups" in this distributor. The one with two "lobes" tells the Engine Control Computer that the crank has made one revolution, and the one deeper inside with all the teeth gives the ECC much more precise information.

NEVER disturb the pick-up coils or the spacing to the teeth unless you know what you're doing and have the shop manual. 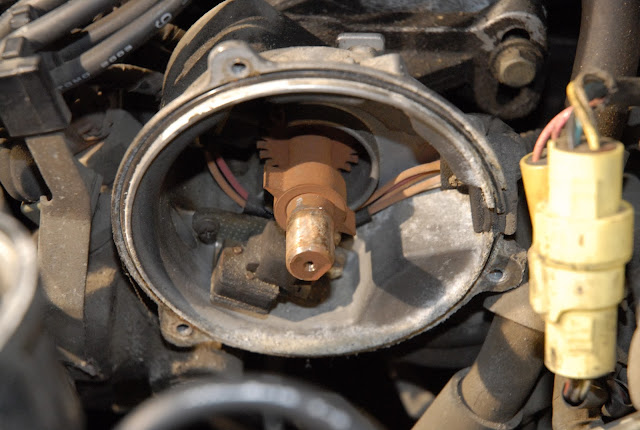 And the hold down clamp doesn't look like it's ever been loosened. 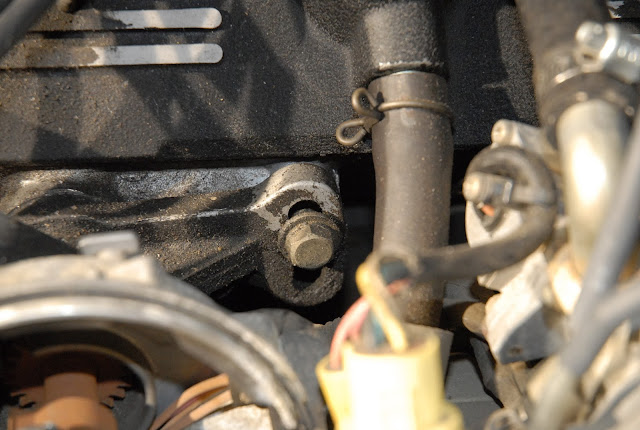 The rotor looks really weird, and I can't recall ever seeing one with this pattern of discoloration on it. It's all mottled and a bit 'sooty' looking, but shows no signs of cracks or carbon tracking, and the car idled as smooth as silk. The parts are pretty dirty and worn, but they were still working. Just gotta love that Toyota reliability, although I'm sure WSF might disagree. 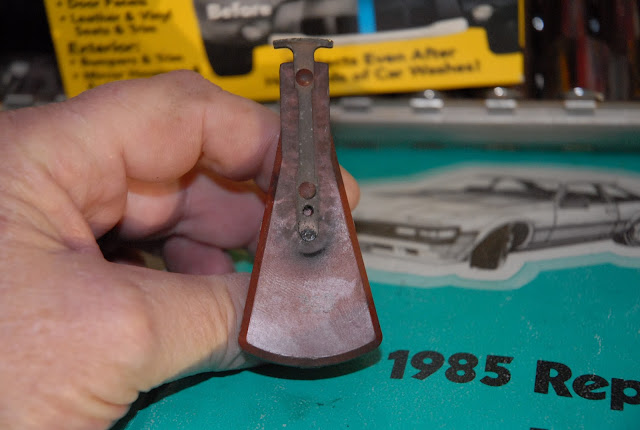 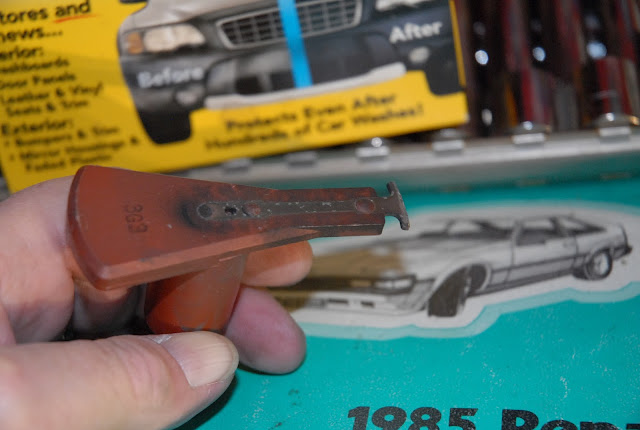 I think it's made of the carbon button contact in the cap, and other "stuff" like oil vapor and humidity that gets in through the vented cap. There's a baffle on the outside of the cap that covers the vent hole, but stuff still gets in, and over time, it looks like a lot got in.

I have no idea when the cap and rotor were last changed. I put a new set of plugs in her the first time it failed smog, but that's all I did to the ignition system.

Looking at the plug wires reveals a manufacturing date code of 2003, 15 years ago. 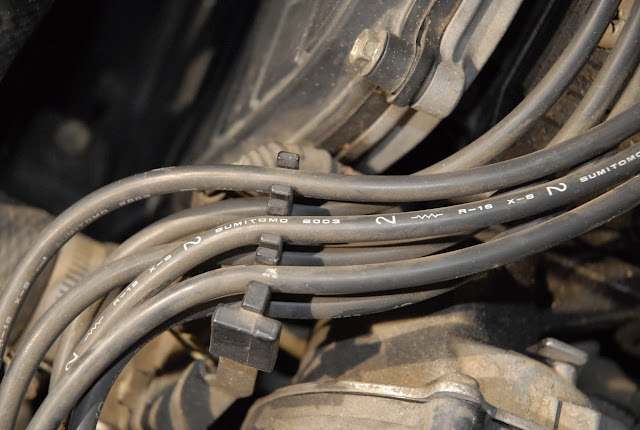 Looks like I'm off to Rock Auto to order a set of plug wires, as nobody local carries them.

I might very well have the only functional, road-worthy MKII Supra in the area.
Posted by drjim at 9:58 PM