Spent the day running around the ship, and looking at the places the Ops and Security folks agreed to allow me to mount my satellite antennas for Field Day.

We'll be on the portside O1 level, using what's called "The Admiral's Veranda".

I have a completely clear view to the North, East, and South, with the West pretty much blocked by the superstructure and turret #2.

BUT......I plotted all of the satellite passes from 1800UTC Saturday when Field Day starts, till 1800 UTC when it ends, and NONE of the passes will be to the West far enough to be blocked.

And since there's an office area on the other side of the portholes, they'll open a porthole for me to run my extension cord through, saving me the trouble of lugging my generator, drip containment pan, fuel, and fire extinguishers aboard.

Then after I dropped off the Field Day signs to one of the members of the other radio club, and checked my mail, I came home and finished designing a simple step-start/inrush protector for a friend on the Celica Supra forum. He's got a turbocharged Toyota 1UZ 4.0 liter V8 in his Mark-II Supra, and is using a set of Taurus electric fans to pull air through his custom aluminum radiator.

The problem is on high-sped the fans draw 70 Amps on start-up, and clobber his electrical system. So, a series resistor that limits the current to about 20 Amps, and gets shorted out after 2 seconds, shoild do the job.

Thursday is take the whole satellite station apart, and put everything back in the storage boxes, and wait for Friday when we move it all down to the Iowa and at least put the antennas back together and align them.

And I finally got to check out my new headset/boom mic! 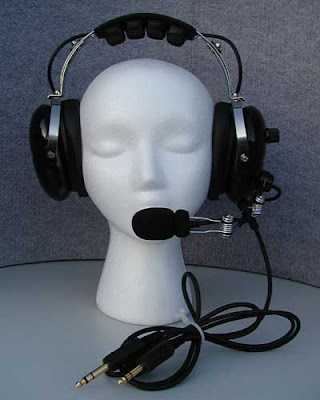 I got the "Deluxe" upgrade kit that included gel ear pads with cotton cover "socks", and a nice, big soft, fuzzy head band.

These things look identical to the David Clark H10-30 aviation headsets I have, but have "standard" plugs on them instead of the Aviation-type plugs, and are about half the price. 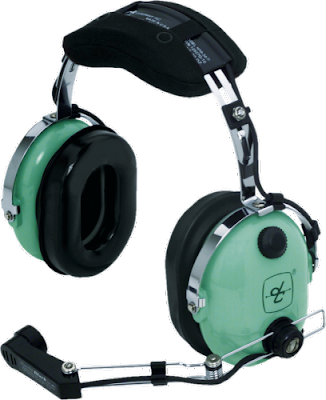 They sound great, seal out 99% of the background noise, have great transmit audio, and are extremely comfortable.

And I'm hitting the rack!