Took this right about High Noon: 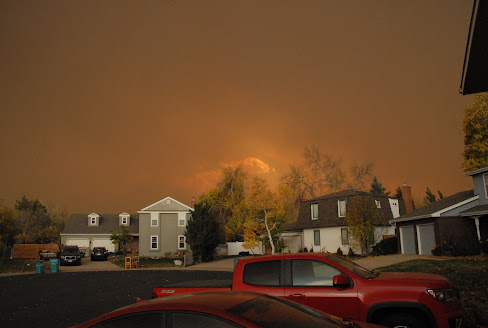 We're talking gettin' close to midnight in a coal bin at noon here. There's kind of a hole in the smoke, and you can see one lone white cloud trying to shine through: 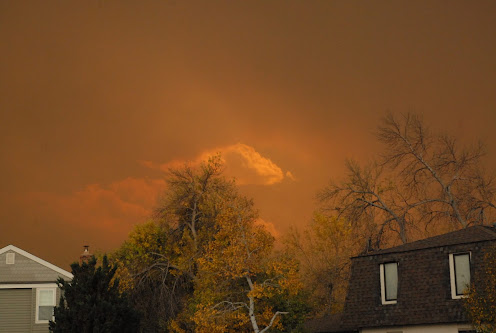 Looking to the North shows the edge of the plume, with blue sky behind it: 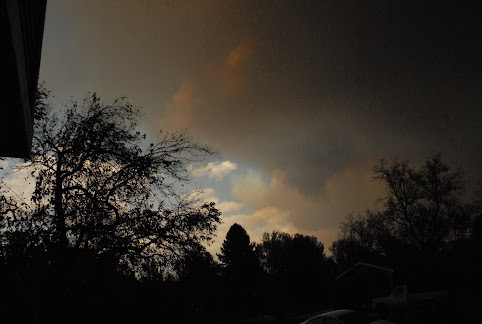 This is a screenshot of the local NWS weather radar in Cheyenne from a couple of hours later. The big green and blue streak across the map is the radar return from the smoke plume. That shade of green normally corresponds to "It's Raining", but it's not rain. It's pretty dense smoke to give a return that strong. It was stronger earlier in the day, but I didn't think to record it. 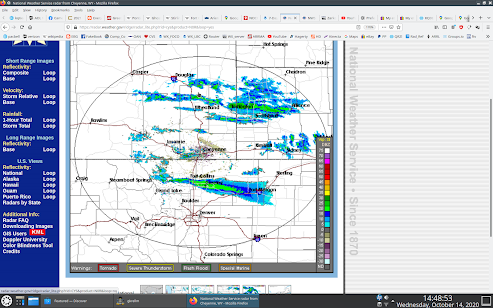 There's a frost warning for tonight, but no rain forecast for the next week.

The latest incident map shows the fire to now be about 14 miles from here. The new "finger" sticking out from Signal Mountain headed East towards the Horsetooth Reservoir is new in the last 24 hours, explaining why the smoke has gotten so heavy and the air so rancid here. We kept The Little Guy indoors all day, and even Pebbles didn't care to go out and walk the backyard, it was that bad. 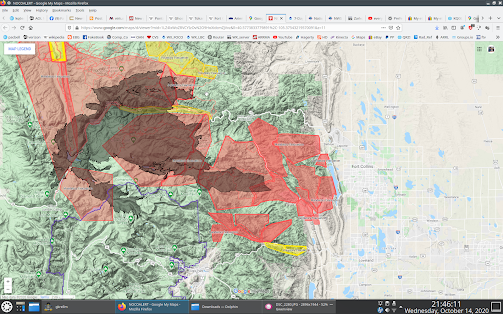 If it doubles again like that in the next 24 hours, it will be right on top of the reservoir, and headed for some very exclusive homes.