We've had sustained winds of 15~20MPH with gusts to 45 all day, and the trees aren't liking it. The 70' cottonwood in the neighbors yard cut loose with a big branch that came crashing down earlier today.

Here's our Perimeter Security Force carefully checking it out to make sure it's safe. 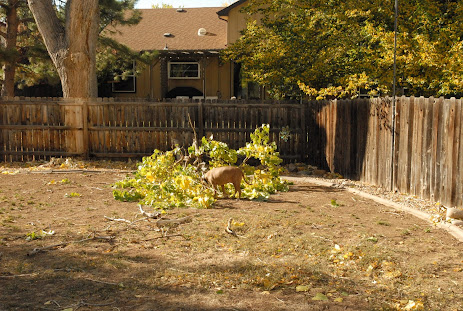 The branch is several inches in diameter, and if it wasn't cottonwood, It would have been big enough to keep for firewood, like I did to the big branches from the crab apple tree.

And the wind scattered TLG's "water table" plaything, and blew over the patio table/umbrella/IRON base, and chairs. 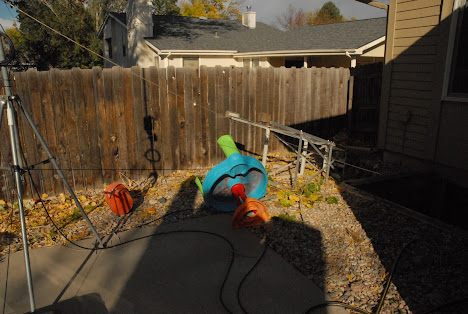 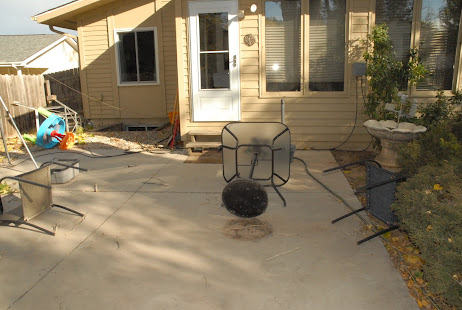 That cast-iron base weighs a good 40 pounds! The wind was strong enough that it blew it over with the umbrella reefed-and-stowed.

But my wire antenna (invisible here except for the support) stayed up and is still working, and the 20 Meter vertical seen in the other pix stayed up as well. 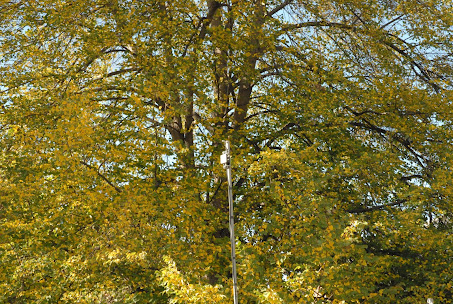 And it appears that we have a squirrel nest in our ash tree. I'd seen some squirrels carrying string, yarn, ribbons, and other "nesty" stuff over the last few weeks, but I thought they were taking it over to the "Squirrel Tree" in the neighbor's yard.

Nope, got our own "Squirrel Tree" now. 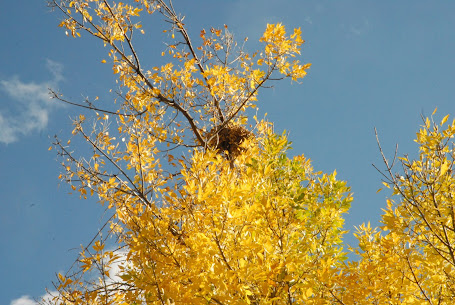 As long as they stay in the tree I'm OK with it. The original owner's of this house had a raccoon get stuck in the flue pipe for the fireplace many years ago. Not sure how that turned out, as the neighbor that told us didn't remember.

Beautiful day today, though. We didn't get any rain here, but the weather radar showed what appeared to be some decent moisture in the Cameron Peak fire area, and some went through the Mullen fire area, too.

They're still pretty big, and will probably burn for a few more weeks, or until the winter rains and snow comes. 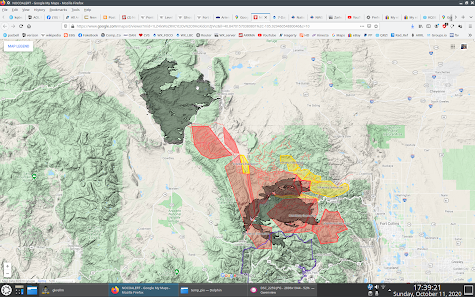