After looking over all the various antennas that I feel will comfortably fit on our lot atop a 30' tower, I've pretty much narrowed it down to a Mosley TA-53-M. This antenna has a 14 foot boom (the big pipe that the elements mount to) with a longest element of 27 feet that won't over power the lot the house sits on. It weighs 55 lbs fully assembled, and has a wind load of 6.7sqft.

This is a conventional 3-element Yagi-Uda design, with three elements on 10, 15, and 20 Meters, and also three elements on the 17 and 12 Meter bands. These last two bands are called the "WARC Bands" after the World Administrative Radio Conference held in 1979 which made them a world-wide Amateur Radio frequency allocation.

The 17 Meter band, which runs from 18.068 to 18.168MHz, is particularly important for me, as it's one of my favorite bands to operate. It's a "Gentleman's Band" where people hang out to make contacts and actually stick around and chat for a while. Propagation is similar to both 20 Meters (14.000~14.435MHz)  with the band being "open" quite often and 15 Meters (21.000~21.450MHz) in that as you approach 30 MHz, atmospheric noise start to decrease, making for a "quiet" band where weak signals can be more readily heard. And by "Gentlemen's Agreement", NO contesting takes place on the 12 and 17 Meter bands, which makes them a nice refuge for non-contesters on contest weekends. 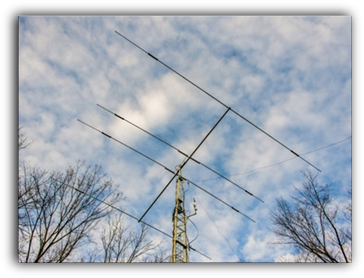 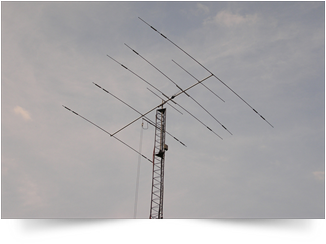 And the Big Bad Boy Pro-57-M with it's 24 foot boom is definitely too big for the yard. Interestingly, the longest element on this one is also 27-1/2 feet. It weighs in at 92 lbs all-up with an 11sqft wind load. 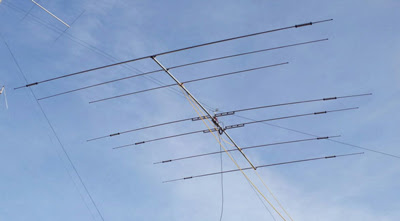 One other thing to consider in picking one of the three is what's called the "Wind Load" of the antenna. This is basically the square footage the antenna presents to the wind, and the bigger the antenna, the stronger the supporting structure (tower, roof, or building) has to be.

Out here the wind load can be more important than keeping the dead weight down. The 2 Meter antenna I'll be putting at the top, an M2 2M9ssb, has a minuscule wind load of 1.2sqft. 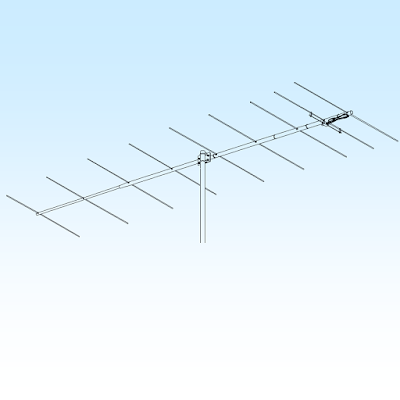 I can't find the windload figures for the Alfa-Spid rotor I'm planning on using, so I'll guess 2sqft. 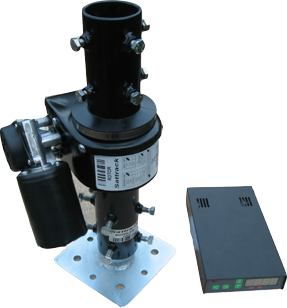 These are worm-gear driven rotors, and not the "Bell Rotors" of days gone by. These don't need a mechanical/electrical brake to hold the antenna in place so it won't windmill.


The tower I'm planning on buying, a "Universal Towers" model #35-30, is a 30 foot, free-standing tower. One thing I want to do is keep it small enough (height and wind load) and robust enough (good design and fabrication) so that I don't need guy wires/ropes. If you use metallic wire, you have to make sure no individual wire comes close to being a resonant length, otherwise they guy wires will strongly interact with the antenna causing myriad problems. In Ye Dayes Of Olde, you used big honking ceramic insulators to break up the lengths so none of them would resonate and act like an antenna, but these days synthetic materials have replaced good old "Stainless Steel Aircraft Cable" or even older galvanized wire rope.

With the M2 2M9SSB at the top, the mast, and the rotor/cabling I'll have about 12sqft hanging in the breeze on the tower, well within it's capability.
Posted by drjim at 9:55 PM