We've lost one of cherished shipmates on the Iowa.

My fellow crew member Bob Despain passed away the other night.

Bob was on the crew of the USS Hoel, DD-533, as part of Taffy 3 during the Battle of Leyte Gulf, also called the Battle Off Samar. The Hoel was the first ship sunk by the IJN, and absorbed an amazing amount of punishment before she sank.

The Daily Breeze had an article in 2013 about the reunion of the USS Johnston-Hoel Association, which was held on the Battleship Iowa that year.

I was honored to have known Bob, and had him autograph my copy of "The Last Stand of the Tin Can Sailors" which details the Battle Off Samar and the fate of Taffy 3. 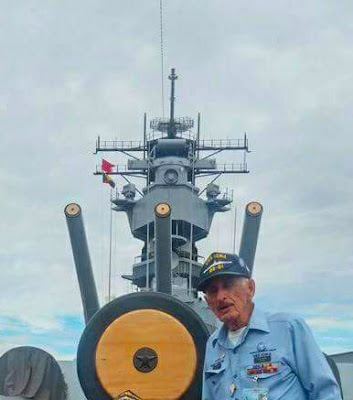