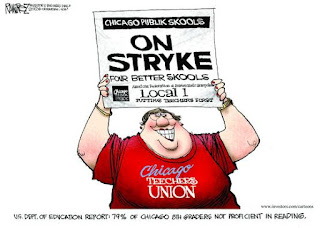 Straight From The Horse's Mouth
....sorta
A Biker is sitting in a bar in Sturgis, South Dakota, when Barack Obama comes on TV.
The man looks at the TV and says, "Obama is a horse's ass." Out of nowhere, a local jumps up and punches him in the face, knocking the first guy off his bar stool, then stomps out.
The Biker gets back up, rubbing his cheek and orders another beer. Shortly after that incident, Michelle Obama appears on the TV. He looks at the TV and says, "She is a horse's ass too!" Out of nowhere,
another local punches him in the other side of his face, knocking him off his bar stool once again.
He gets back up and looks at the bartender, "I take it this is Obama country?"
"Nope." replies the bartender. "Horse country."


Recently, while working in the flower beds in the front yard, my neighbors stopped to chat as they returned home from walking their dog.

During the friendly conversation, I asked their little girl what she wanted to be when she grows up.
She said she wanted to be President some day. Both of her parents, liberal Democrats, were standing there, so I asked her, "If you were President what would be the first thing you would do?"
She replied... "I'd give food and houses to all the homeless people."
Her parents beamed with pride!
"Wow...what a worthy goal!" I said. "But you don't have to wait until you're President to do that! "I told her.
"What do you mean?" she replied.

So I told her, "You can come over to my house and mow the lawn, pull weeds, and  trim my hedge, and I'll pay you $50. Then you can go over to the grocery store where the homeless guy hangs out and give him the $50 to use toward food and a new house."
She thought that over for a few seconds, then she looked me straight in the eye and asked, "Why doesn't the homeless guy come over and do the work, and you can just pay him the $50?"

I said, "Welcome to the Republican Party."
Her parents aren't speaking to me anymore