You Bought A WHAT? 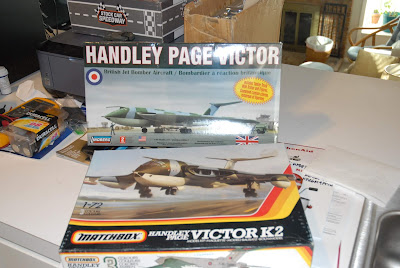 The Handley Page "Victor" bomber was a British Cold War era bomber. It, along with the Vickers "Valiant", and the Avro "Vulcan", made up the primary nuclear strike force of the RAF in the 1950's through the 1990's, and the three bombers were collectively known as the "V Bombers".

Many people might recognize the Avro "Vulcan" as having a plot role in the James Bond movie "Thunderball". 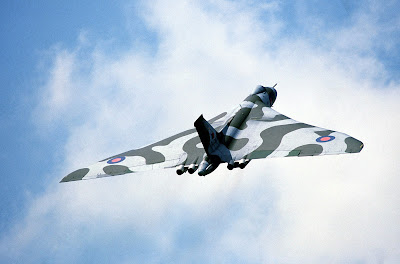 I always thought that the "Victor" had the most futuristic look, and seeing as I've never built one, I thought it was time to fill in that blank. 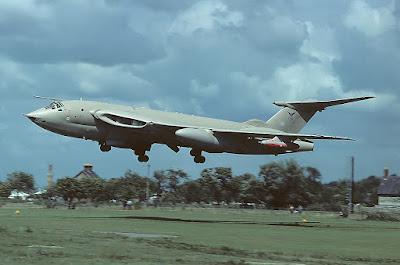 These are very simple, older kits, that lack much detail. This generally makes them easier and faster to build. The Matchbox kit is 1/72nd scale, and the Lindberg kit standing up behind it is 1/96th scale. I'll start with the Lindberg kit. It's already molded in white plastic, which makes painting it in the "Anti-Flash White" scheme is a no-brainer. 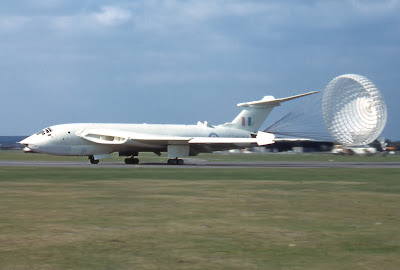 Quite an interesting looking aircraft. 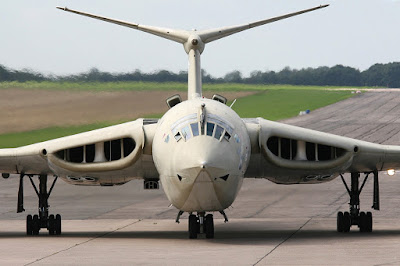 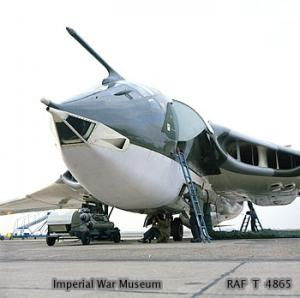 Brings back memories of witching John Steed and Emma Peel battle evil-doers for God and Country.