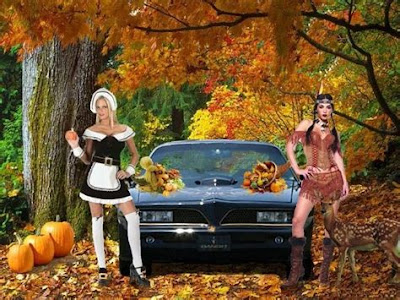 And it only took 4 battery charges!

Seriously, if this thing: 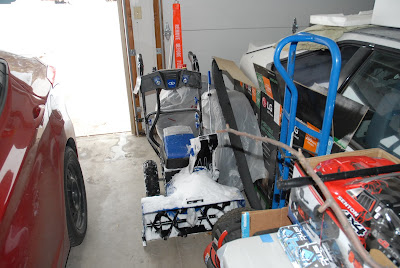 Was powered by dead dinosaurs, I could have finished last night. The batteries are good for about 30~40 minutes of use, depending on snow type and depth. Then, depending on how depleted they are, you stick them in the charger for two to four hours. Since I was moving snow about twice as deep as the maw is tall, I had to lift the front, drive into the snow, pull it back, drop it down, and take another run at the two feet of path I just plowed. And the tires don't have much traction, even with the air pressure set per the manual for increased traction.

Kinda slows you down a bit, 'ya know?

Anyway.....The drive is cleared "good enough", and snow melt has been liberally sprinkled on it. Probably going to have snow blowing off the top of the Jeep all the way to the in-laws tomorrow! 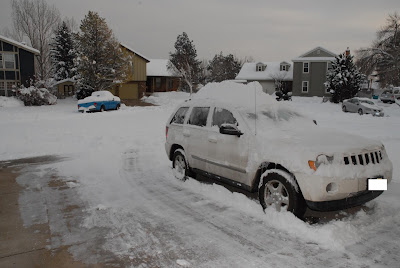 And I took another charge down the 24" path I made yesterday on the sidewalks to open it up all the way. 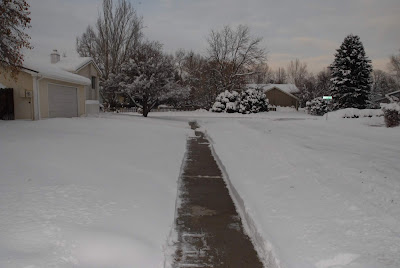 When you have the right type of snow, this thing clears the sidewalks OK, but even with the skid shoes and scraper plate set "best effort" on my part, it still trips over cracks and height changes quite easily. The left-to-right white stripes on the sidewalk are where it hit something, and I had to push the handles down to get it over the something, leaving a band of unremoved snow.

I know, I know, "They All Do That", but this one seems much more sensitive than the snow blowers the neighbors have. Maybe I still have it set too low. I'll check it again after it dries out. It also started making a thumping noise when you power up the auger, like an old, worn out washing machine, so I have to look into that, too.

I definitely see one of these in the future: 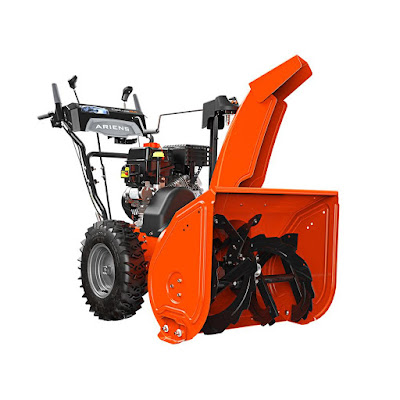 It's a 24", two-stage, GAS powered Ariens, like I should have bought in the first place. It's bigger than the electric one I have now, but that's OK, I'll clear a space in the garage for it, and roll it into the backyard and cover it up in Spring. It's probably overkill for here, what with Globull Warming and all, but if we're on the threshold of a new Maunder Minimum, it might come in handy.

If scenes like these occur regularly, it will be a Good Thing to have..... 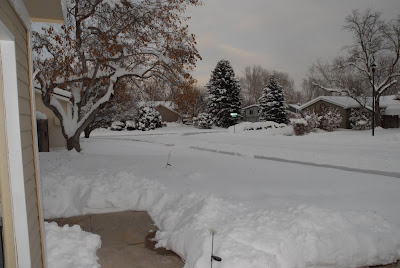 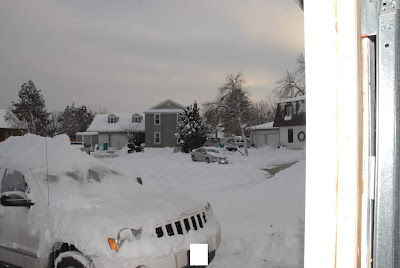 Hope you all have a joyous and Happy Thanksgiving! We're headed up North to one of the in-laws ranches for an old-time Western Thanksgiving.

I have no idea what that might be, but I'm sure it'll be wonderful.