Anybody Want To Buy A Slightly Used Payload Fairing?

Well....they're starting to scrap out stuff at Sea Launch Homeport. The entire "Payload Accommodation" (Fairing, Spacecraft Support, Interstage Assembly, Ordnance, and Avionics) was supplied by Boeing. We had one complete set of flight hardware in-house and 80~90% complete when Energia pulled the plug and suspended operations.

Now that all the ITAR controlled equipment has been removed from the the Launch Platform and the Command Ship and accounted for, they can start really winding down the operation in preparation for the ships to depart.

This is fairing part of the set we had in the Payload Processing Facility.

Wonder what carbon fiber scrap goes for these days..... 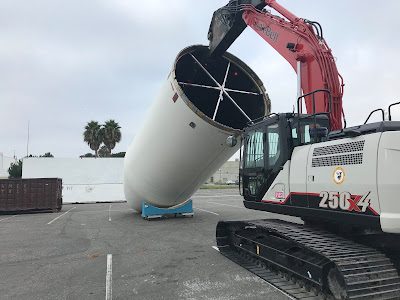 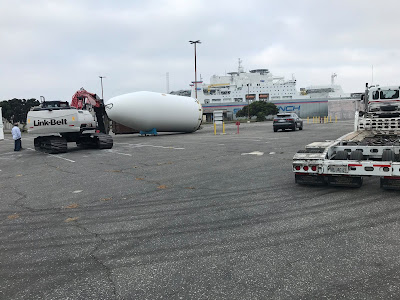