As one of the myriad tasks I have working on my "Project Car" is refinishing the cam covers (aka "Valve Covers") so the engine doesn't look so ratty when the hood is open. 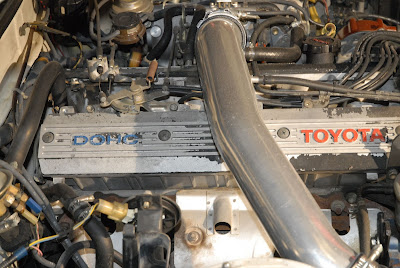 These are the cam covers the car was born with. 30+ years of heat and oil/road vapors have caused the paint to lift, exposing the aluminum.

Some time ago I bought a set from a forum member, and they had ZERO paint on them, and really heavy oil and varnish deposits on them. I stripped the oil and varnish off using paint stripper, and then washed them with solvent. Well, I didn't clean the outside surfaces properly, and the remaining oil caused "fisheyes" in the paint.

See all the little "dots" in the paint? Those are "fisheyes". Since I have another set of covers (the ones still on the engine), I'm just going to roll with these for now, and do a much better job on my original covers after I take them off the engine to install these. 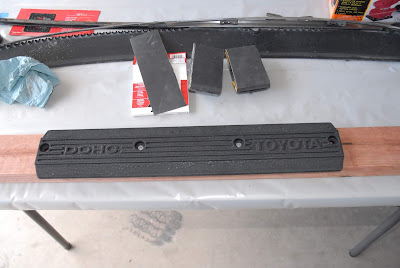 I mounted the covers to a length of 2x4 I had laying around, and clamped the 2x4 to my work table. Then I put a sheet of 100-grit paper in my little orbital sander, and carefully, gently, slooowly took the paint of the ribs and lettering. You want to keep nice, even pressure on the sander as you move it from one side to the other. Don't bear down on it, or you can gouge the aluminum casting, and/or make low spots, which won't look very nice when you're finished. Like Dad always said, "Let The Tool Do The Work".

This is after 15 minutes or so of easy sanding. 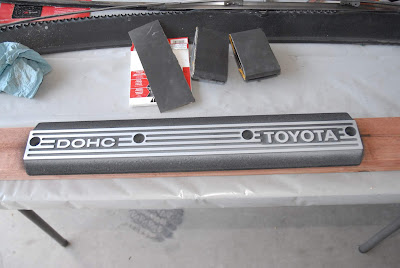 Then I vacuum them off, and block sand them with 220 grit, followed by 600 grit. Sand ONLY in one direction, "long ways" on these, to give you a nice, uniform "brushed" finish on the ribs and lettering. Blocking them like this gets them nice and flat. The 220 gets out 95% of the marks left by the 100 grit in the orbital sander, and the 600 gives a nice satin/brushed finish. 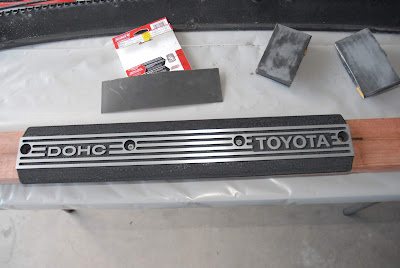 Nice and FLAT with square edges. 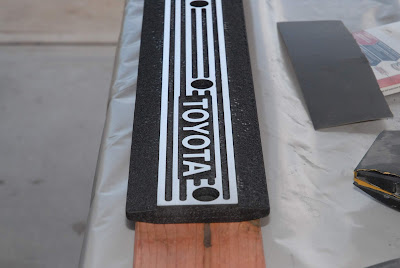 Makes the lettering really stand out. 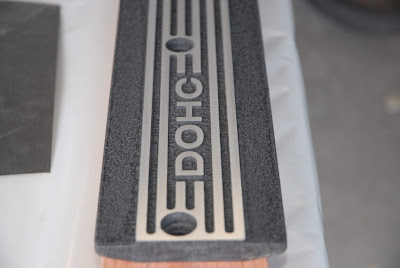 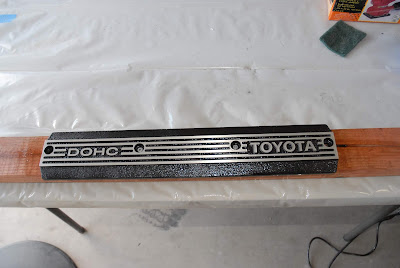 And then I did the same with the cam cover for the intake side of the engine. This side doesn't have any lettering, so it's basically finished and ready to install after the clear coat cures. The can says "48 Hours", but I've always had better luck with waiting AT LEAST a week, or 168 hours. Putting them out in the sun after they've dried to the touch and aren't tacky any longer is also a good thing to do. It's going to be warm and sunny tomorrow, so I'll put them out in the sun for a few hours. Lat summer they got up to over 140* sitting in the sun, and that really helped the wrinkle paint cure. 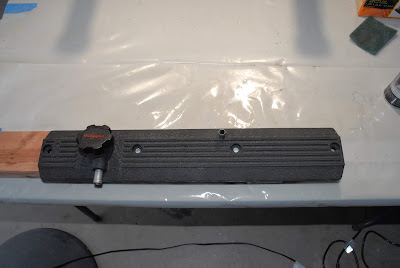 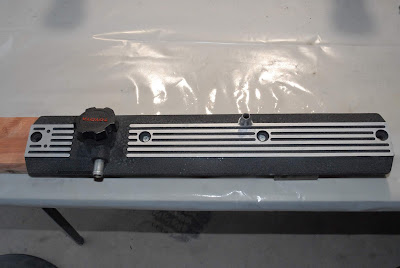 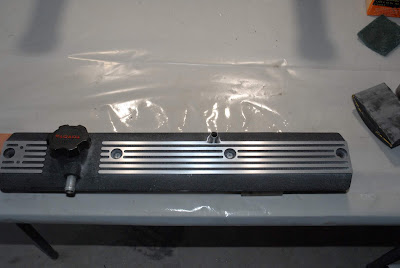 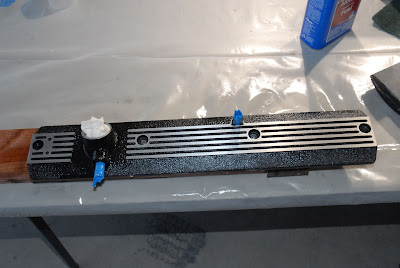 And then I painted my passenger side outside mirror housing. It still needs some more paint, but I'm a stickler for following the drying times printed on the can, so it won't get any more paint for 24 hours.

Anyway....one more mundane item crossed off the list for the Supra.
Posted by drjim at 9:55 PM