Actually that was last night when the front went through but I haven't used that title in a while, and it is 44* and raining right now, so that's kind of "stormy".

Anywhoo....spent some time cleaning up the basement workshop/lab/repair shop so The Little Guy can go down there tomorrow morning. We had him last night, and he was quite disappointed that we couldn't go down there today before he had to go home.

Seems he spent his time budget playing with this little guy I picked up at Harbor Freight. 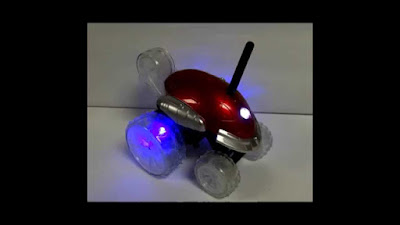 Turning out to be the best $20 I ever spent at Harbor Freight! It's a super simple R/C car, with two independently controllable motors, and a twin-stick remote. It's driven like a skid-steer (kind of) in that you stop one motor to turn, or reverse that motor to turn reeeal fast. In fact, with proper manipulation of the two sticks, you can make this thing spin, dance, flip around, and all kinds of other crazy maneuvers. Which I got quite good at doing, much to The Little Guy's delight and amusement.

On Sunday when it was still nice and dry out, we made and chased soap bubbles all over the backyard using his "Tiger Head" soap bubble blower, which his gramma (my wife) bought for him at their recent trip to the Denver Zoo, his first trip ever to THE ZOO! 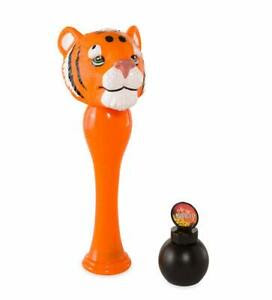 But it was pretty soggy outside, so we resorted to building things with his giant-size lego-type blocks, and running the crazy little R/C car around, driving poor Miss Pebbles absolutely bonkers.

So the basement area is now squared away, and all the equipment I had on the racks has been rearranged, freeing  up two whole shelves, which are quickly filling up with the dreaded STUFF.....
Posted by drjim at 11:00 PM