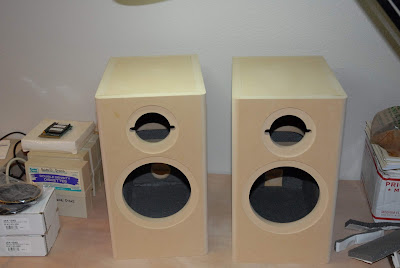 Well, after giving them two coats of the DuraTex coating, and allowing to dry thoroughly, I finally got off the dime, stacked up all the bits and pieces needed to finish them, and went at it. 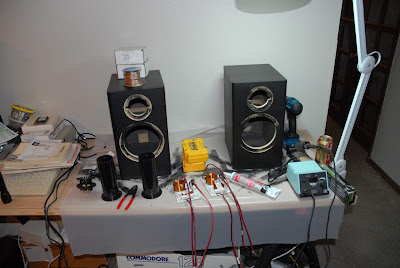 The two coats I gave them were probably a bit 'light', as I've never used the stuff before, and wasn't sure how it rolled out, if it ran or sagged, or how well it filled surface defects that I missed.

As you can see, the joining line between the top, side, and front panels wasn't completely filled in on the outside, and you can see the join line. Considering this stuff comes out of the can almost like pudding, I assumed it would cover any remaining flaws, which it doesn't. It shrinks quite a bit as it cures, which I now know. Seeing as these are 'Basement Workshop' speakers, and I'm not building them for sale, they're plenty good enough. 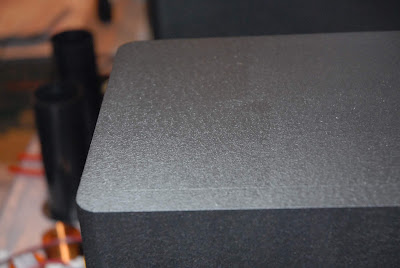 So here they are, fully assembled as specified in the "instructions" they give you, along with the twenty-six #8x3/4" deep thread screws, and the input terminal plate, which were not included in the "kit".

I'm going to tack on some protective grilles for the speakers with little dabs of sealer. That way they don't require any hardware to attach, and the sealer keeps them 'floating' over the grilles so they can't get loose, vibrate, and cause Bad Sound, like Da Kidz that drive by with their stereos on loud enough to vibrate everything in their car. 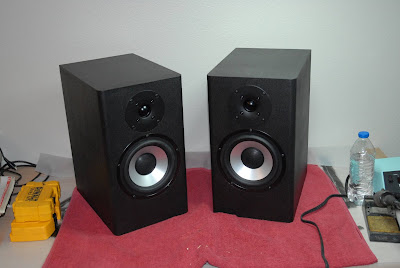 How do they sound? Crude preliminary testing with a little Pyle "40 Watt" per channel amp driven by my 'shop radio' indicate much promise.

Not an "Audiophile Grade" at all, but it works, and I had it. 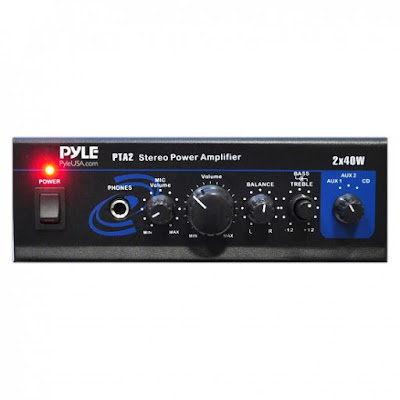 Since these speakers have a reputation for being inefficient, and taking a lot of power to get good volume, this little amp, with sketchy specifications, actually worked OK.

Now to get that big old Heathkit AR-15 finished up! 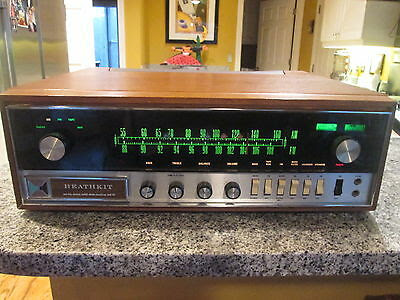