Since it's been too blasted COLD to do much out in the garage, I turned my attention "inward", and spent a bunch of time this last week down in The Dungeon, a.k.a. the basement.

I went through all my bookshelves and cleaned them up, sorted them, and found 45 books that I no longer have need of, mostly "prepper" and "Post Apocalypse" type books. Those will be going to one of the numerous second-hand bookstores we have in town. I'd rather give them to a book reseller and have them make a few $$ on them than toss them in the recycling bin.

And removing those books freed up two complete shelves for other use.

Then I turned my attention to the little Krohn-Hite Function Generator that was sitting on the shelf awaiting repair. 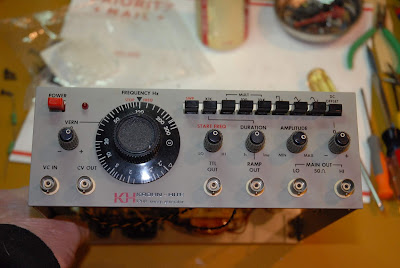 It's a decent generator, but had a problem (I thought) with the negative power supply. 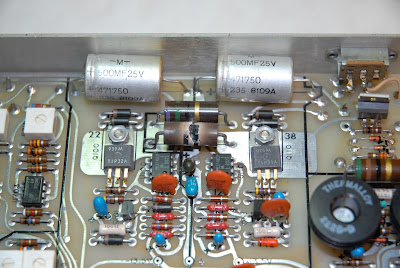 I replaced both electrolytic capacitors, both 75 Ohm current-limiting resistors, both transistors, the blackened Tantalum capacitor that got cooked by the burning resistor, and added new heatsinks with some thermal grease to keep the transistors cooler. 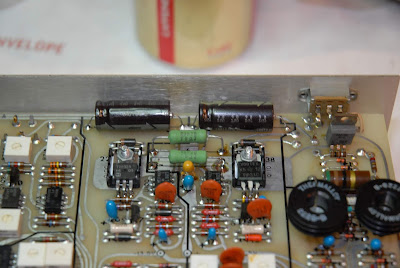 And along the way, I found a "repair" done very sloppily by someone in the past. The soldering was OK, but to not clip the leads on the new parts you just installed is pretty poor workmanship! 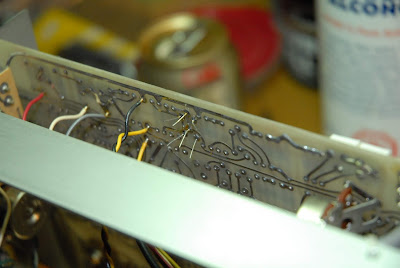 After I was done, I checked the negative and positive power supply lines for shorts, and RATS! There's still a 3.2 Ohm short on the negative supply, probably what took out the parts I just replaced. One thing I noticed was one of the other Tantalum capacitors had gotten hot enough to melt the wax on a ceramic cap, so I replaced that cap, but no joy. 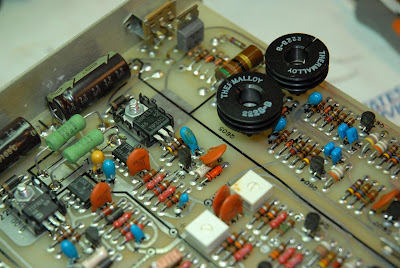 One of the "Old Radio" forums I frequent had a repair thread about this generator, and consensus is that either the 741 Op Amps used as error amps in the supply are bad, or another of the numerous Tantalum caps on the negative supply line are shorted. I have some 741's, so when I get another round tuit, I'll swap those out. If that doesn't fix it, I'll start lifting component leads on the negative supply until I find the failed part.


So the little Kron-Hite went back on the shelf, and I dug into my HP 8601A RF Sweeper. 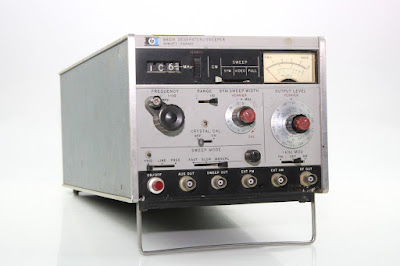 The crank knob to set the frequency was really stiff and hard to turn, so I had to do a bit of fettling on it, cleaning the old grease out, and relubed it with some synthetic gun grease I had. The freq adjust knob now spins freely, but yow....this thing is WAY off in calibration. I mean like EIGHT MHz off from what the dial displays compared to what my counter and spectrum analyzer read. Since I have the manual, I started running the performance checks, only to run into a wall because I don't have any SMC connector adaptors so I can connect my spectrum analyzer to the connectors on this module: 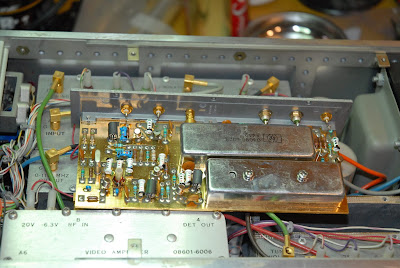 And then peak the little 200 MHz Reference Oscillator coil, which is the white tubular component in the picture below. 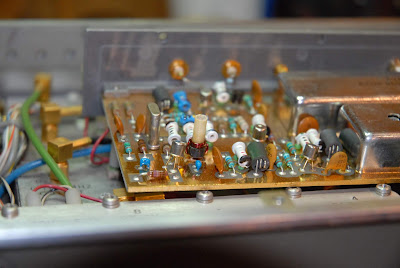 So the HP RF Sweeper is also back on the shelf until the adaptors get here so I can make the measurements.

And the capacitors for my Heathkit AR-15 arrived from Mouser. 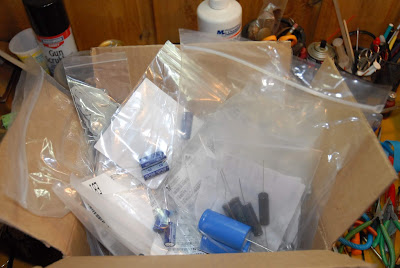 Here's a before shot of the power supply and power amplifier driver boards with the "As Built" capacitors installed: 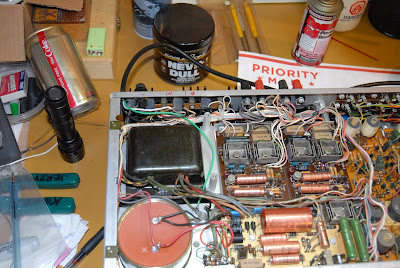 And here's the after shot with the new parts installed: 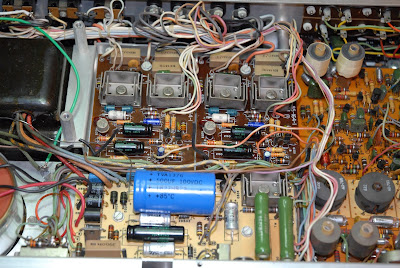 Leaving me with a rapidly filling bag of OEM capacitors. 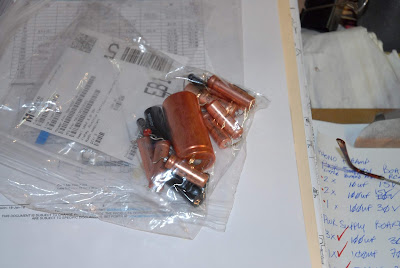 I also bought new thermal pads for the TO-3 case transistors. The "As Built" configuration uses mica washers with silicone thermal grease. While this was accepted practice in the late 1960's when this receiver was built, technology has advanced, and the new parts are cleaner, easier to install, and have comparable heat transfer characteristics to the old system.

Tonight I'll replace all the caps on the Tuner Board, the Phono Input Board, and get started on the Multiplex Board. I wasn't careful when I had the bottom cover off, and when I was wrestling this 25 pound lump around on the bench, my thumb hit one of the filter inductors on the Multiplex Board, and snapped it. It's made of phenolic, kind of like wrapped paper dipped in varnish, and after 50 years was pretty brittle. 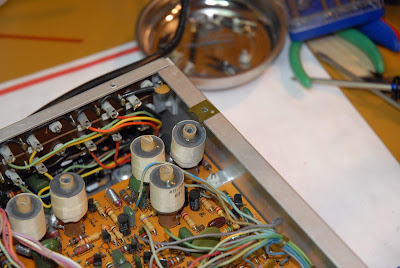 I haven't decided if I'll fix it in place, or remove it from the board to repair. I'll see how robustly it's mounted to the board tonight as I'm working on other sections.

I'm just getting rolling on this receiver, and it'll be interesting to see how it turns out. I'm going to need some decent speakers for it, and Parts Express has some nice kits for reasonable prices, so it looks like I'll be ordering one of them soon.
at January 05, 2019 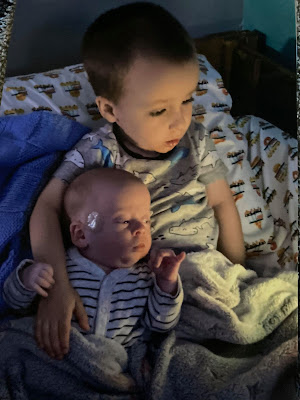